Salman Khan may well be free from the 2002 hit-and-run case for now, however the black buck shooting case continues to haunt him. A local court in Jodhpur has summoned Salman Khan to record his statement in the Arms Act case on March 10. During the shooting of Hindi film ‘Hum Saath Saath Hain’ in 1999, Salman Khan, Saif Ali Khan and other co-stars were accused of killing black bucks. Two black bucks were apparently killed in a village near Jodhpur, in relation to which Bollywood celeb Salman was allegedly accused of possessing illegal arms. The verdict on the black buck case was to be out on February 25, but was delayed following an application for examination of witnesses.
Tweet Pin It 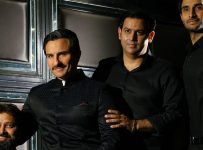 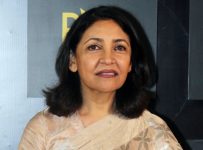