The industry, audiences and critics alike have been raving about Stree, which is inching towards the 100 crore club. For filmmakers Raj and DK, this affirms their conviction that out-of-the-box, smart and entertaining content finds its own wide following too. Little did the duo know that their idea, inspired by a ‘ridiculous phenomenon’, would become a phenomenon in itself and turn into a blockbuster.

Stree is an unusually funny film, loaded with a mix of scares and small-town innocence with a subtle take on patriarchy and a hilarious gender reversal, which has found tremendous love across the country. Known for their wacky humour and genre-bending films like Go Goa Gone, 99, Shor In The City and now Stree, the writer-director-producers have always stood for their distinct brand of unique humour and edgy filmmaking sensibilities.

Says Raj, “I’m just delighted that our style of storytelling and humour have found a larger audience with Stree.”

Raj & DK, who have always written their own scripts, were to direct Stree too. But back then, they were committed to an extensive project, and Stree was too extraordinary to be put on the back burner. They decided to look for a director and, after a few unsuccessful tries, they chose Amar Kaushik. “Amar was a talent waiting to be discovered. He was our First AD on Go Goa Gone and shares the same kind of sensibilities as us, and he understood the horror-comedy genre. We knew he would do justice to this crazy film. And of course he did a fantastic job,” says Krishna DK.

For their first film as producers, the duo joined hands with their long-time collaborator, Dinesh Vijan. He immediately saw the potential in this unusual film and decided to come in as a producer. DK says, “Dinoo is the perfect partner we could have had for Stree. We not only share the same wavelength, he also has a great grip on the creative space of the film and marketed it superbly to ensure it was on everyone’s minds!”

From a terrific ensemble cast featuring Rajkummar Rao, Shraddha Kapoor, Pankaj Tripathy, Aparshakti Khurrana, Abhishek Banerjee and Vijay Raaz, to an outstanding crew including Sachin-Jigar, Sumit Aroraa among others, they say this film is the smoothest ride they have been on.

From writing to producing the film, Raj & DK, couldn’t be more excited that this film has set a benchmark for content and audience acceptance. Says Raj, “I love to write in coffee shops and now a days I hear people discussing the film. It’s heartening to see how people have embraced the film as their own and the love you feel from everyone is so genuine!”

While there has been talk of a sequel, DK says, “Of course with the success of Stree, there is crazy pressure to outdo the original. We are going to let it all sink in and then try and crack a script that will do justice to Stree.” 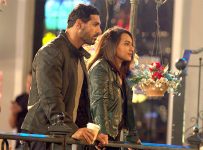 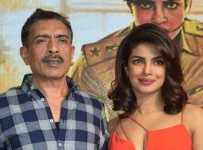 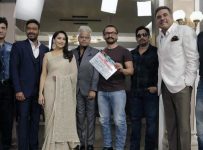 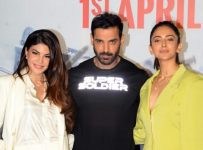