Omung Kumar’s ‘Sarbjit’ is much awaited by everyone giving in to the incredibly response to the trailer that they launched last week, taking the audience through the pain and agony of Dalbir Kaur played by Aishwarya Rai Bachchan, Sarbjit Singh played by Randeep Hooda and Sukhpreet Kaur played by Richa Chadda. While the trailer has been really impactful and is still garnering a lot of thumbs ups from the audiences and critics, we have the real woman of steel, Dalbir Kaur speak about what she felt about the trailer.

Dalbir Kaur who hails from Amritsar, expressed her feelings as she watched the trailer that depicted her life in a gist. “The trailer of the film ‘Sarbjit’ was enough for me and my whole family to see our hurtful journey play out in front of our eyes. As the characters moved, we could see ourselves in them and I cannot express the kind of emotions we felt at that time. It was difficult to be reminded of all that had happened, but we are happy that the nation will know our story now and hope that they will make sure something like this doesn’t happen to any other family in future.”

She precisely adds “Everyone is amazed by the posters and the trailer that is all over the news. Aishwarya, Randeep and Richa justify the characters so well and I feel it couldn’t have been any better. I am very honored that Aishwarya has essayed my character and has essayed it so well. As much I have seen on set in Punjab, it was evident that she put her heart and soul to do justice to my character. It was surprising to see a superstar like her so humble and caring. She hugged me every time I met her with a lot of warmth and made sure I was comfortable. I am blessed to have been associated to a substantial woman like her and I did see myself in her. I thank her and love her for understanding me and my journey so well and putting it forth in front of everyone so correctly.”

Well, everyone is all praises for our beauty queen who went complete de-glam for the much awaited Omung Kumar’s ‘Sarbjit’.  The film is slated to release on 20th of May, 2016. 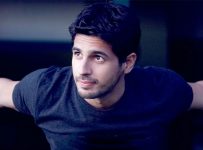 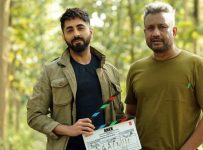 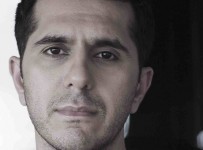 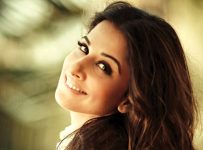