Battery Dance, New York City’s dance ambassador to the world, is proud to announce its 40th anniversary season lineup, which will feature the world premiere of “The Durga Project,” an original work created by founder and artistic director Jonathan Hollander that weaves together the movement vocabularies, sonorities and aesthetics of the U.S. and India into a choreographic fantasy of 30 minutes in length.

The program will be complemented by works commissioned by European and African choreographers: “Inter/Ago,” created in 2015 by Tadej Brdnik, the recently retired Martha Graham principal dancer and choreographer, who has danced with Battery Dance since 1998; and “Observatory,” created in 2014 by Theo Ndindwa, founder of South Africa’s iKapa Dance Theatre, and since performed in tours of South America, Europe, Asia and at the first Cape Town International Dance Festival in December, 2015.

Founded in New York’s financial district in 1976, Battery Dance is an anchor in the cultural life of Manhattan and a global ambassador for dance, with signature performances in 65 countries across six continents. This year, the Company celebrates its 40th anniversary season with a diverse array of performances in New York, Texas, South Korea, Germany, India and elsewhere around the globe.

Two events will showcase the Company’s artistry and its commitment to its lower Manhattan home base, where Battery Dance was born some 40 years ago:

New York Season performances at The Schimmel Center for the Arts at Pace University (3 Spruce Street) on May 11th at 2 p.m. and 7 p.m. and May 12th at 7 p.m., followed by a VIP gala reception.

35th annual Battery Dance Festival in Battery Park City from August 14th to the 19th, with a grand finale at Schimmel Center on the 20th (performances at 6:30 pm – schedule to be released soon).

“Selecting an Indian theme for the Company’s 40th Anniversary was a natural and fitting choice,” said Hollander, founder and artistic director of Battery Dance. “We are the best-known American dance company in India, having engaged in seven national tours (17 cities reached thus far) since 1992 and having hosted dozens of Indian dancers and musicians in New York and across America.”

In “The Durga Project,” guest artist Unnath H.R., one of the leading classical dancers of his generation in India, engages in a symbiotic process with Battery’s Western-trained team of five brilliant and diverse dancers, yielding swaths of distinctive, yet undefinable, choreography that are like none other in the Company’s repertoire. A commissioned score by award-winning composer Frank Carlberg adheres to the musical notes that define the Hindustani Classical Raga Durga, a late evening raga that pays tribute to the Goddess Durga, but spins his own melodic and rhythmic invention. Costume designer Solé Salvo applies her vision and skill to adorn the dancers in garments suggestive of a primitive time and place, in hues inspired by the spices of India. Calvin Anderson employs a variegated palette in his lighting design with sculptural chiaroscuro suggestive of the bas relief on Indian temples.

“With its beautiful images and soulful music, The Durga Project evokes the sentiment of Bhakti (devotional love of the Goddess),” said Indian dance historian and critic Sunil Kothari. “The choreography is excellent, drawing inspiration from Indian classical dances and music. The human chain performed in the beginning with Bharatanatyam dancer Unnath H.R. gradually gathers momentum, resolving into the pas de deux which offer imaginatively suggestive and iconic poses of Goddess Durga in motion. Hollander and his dancers from the U.S. and India have captured the essence of Shakti, the female principle of divine energy, in a meaningful manner.”

Watch a sneak peek of the performance HERE! 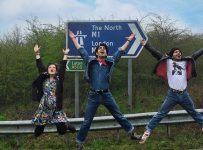 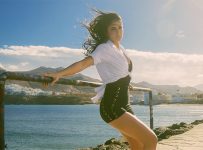 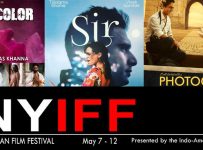 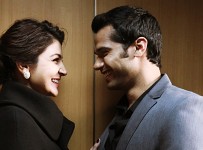