Film-maker Sharat Katariya is considered a force to reckon with in Bollywood today. He has delivered two back to back hits with Dum Laga Ke Haisha starring Ayushmann Khurrana and Bhumi Pednekar and Sui Dhaaga, starring Varun Dhawan and Anushka Sharma and has also given audiences some of the most real, charming and endearing characters seen on screen in the recent years. From Sandhya and Prem Prakash Tiwari in Dum Laga Ke Haisha to Mamta and Mauji Sharma in Sui Dhaaga, Sharat has won the hearts of audiences with these lovely, small town people who everyone can relate to. On the 2nd anniversary of his much-acclaimed Sui Dhaaga, Sharat reveals his secret when it comes to creating such heart-touching, middle-class characters who are rooted and made in India.

Sharat says, “I was born in Delhi. The characters normally come from personal experiences of growing up. All these characters whether its Prem-Sandhya or Mauji or Mamta or other characters, like their parents, their family, their neighbours, whatsoever you write or you are influenced from, are people who you come across. Most of these people in the films are the characters one has come across in life while growing up.

Sharat’s films always make a subtle social commentary. Ask him if he is trying to bring a positive social change through his cinema and he says, “When you are writing you are not thinking about all these things. You write what you feel for, that’s the most primary thing. Anything that you feel for has a resonance to the social environment and it automatically reflects in the script. One doesn’t start from there, one starts from an incident or something that inspires or moves you, that’s where is the beginning.”

Sharat explains, “Dum Laga Ke Haisha’s genesis was seeing the character of a wife winning a championship. I was not thinking of social relevance or anything like that. I was thinking of a story but when you are developing characters, a woman is overweight and a man is thin and it’s a marriage which is not working, then automatically all the social conflicts and stigmas will automatically come into the story. Because the characters grow up in real environment and they have their own prejudices and conflicts and hence the social commentary.”

He further adds, “Same is with Sui Dhaaga. I saw a man under a tree, who was working as a tailor to make his ends meet and from there it began. These are the real people, these are the real heroes, for me, he is a superhero. Superheroes are not just about flying in the air. Superheroes are also about making their ends meet in the most difficult scenarios. That’s how it came in and became social commentary. The idea is never to manipulate writing in a way that it becomes that.”

Sharat has been associated with YRF as a writer and director and he cherishes his journey with the studio because of the creative freedom he enjoys. He says, “You are free in terms of creative freedom that’s why I am here for 5 years. When I joined YRF, the idea was to make films. That’s what you want to make and you are allowed that. It is as simple as that. It’s a free democratic space. I haven’t been told to write this or that or direct this or that. I was allowed to use my own imagination and come up with stories.”

Talking about his creative camaraderie with Maneesh Sharma with whom he also won the National Award for Dum Laga Ke Haisha, Sharat says, “I’ll tell you what I’m currently going through and you will understand the relationship that I have with Maneesh. Any idea that comes to my head I share it with him and we jam on it and we discuss that does it work or does it not work, stuff like that. Sometimes, I suggest an idea and I am not too convinced and I go into a shell, he is the one who tells me that no, you are making a mistake or you are acting lazy or you are unnecessarily thinking negative, this is what you should be developing. I have a great sounding board, a motivator, guide, who tells me if I’m right or wrong. Then, there is a discussion on that and it’s a great equation I would say. You are not shooting in the dark.” 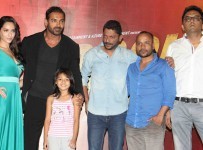 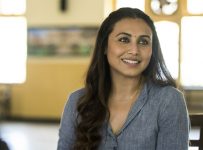 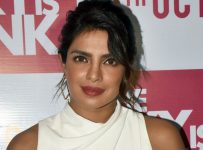 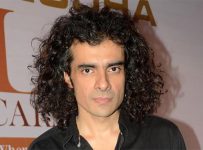