Music has always played an important role in our lives. From classical to folk to newer genres musicians are experimenting with this art which is used to express feelings and emotions flawlessly. One cannot deny the effect those melodies have on audiences, especially those that come from veteran singers like Lata Mangeshkar from the beautiful era of the mid and late 1900s.

There have been many books in past that have documented the life story of Lata Mangeshkar, beautifully depicting her struggles, passion and achievement. And now, for the very first time, an in-depth ode to the legend. Author Ajay Deshpande, whose previously written book ‘Kala Sangam’ which focused on the influence of Hindustani classical music on the Hindi film industry, has studied Lata Mangeshkar’s songs closely this time. The author is all set to launch the cover of his upcoming book on Lata Mangeshkar’s musical journey called, ‘Lata Shruti Sanvad’ on the Queen of Melody’s 91st birthday on September 28.

Talking about the book, Deshpande shares, “I am thrilled to release the cover of my book on the auspicious day of Lataji’s birthday. Most of us share the love for music that can take us down many memory lanes. A singer like Lata Mangeshkar has been a pivotal part of not only the industry but also our lives. While we already know all about her struggles, achievement and recognition she has received over the years, I felt like the songs that she sung weren’t appreciated enough through the written word.”

The author went on to explain that ‘Lata Shruti Sanvad’ talks about the musical journey of Lata Mangeshkar with a touch of history of Hindi Film Music of that era. He further shared, “The book is an in-depth study of Lataji’s shastriya bandish, bhajans, geet, Tarana, Dadra, Loris, thumris, mujras and ghazals etc. Lata Shruti Sanvad also delves deeper on how Lataji is able to express true emotions through her songs that have touched our souls through her immaculate sur also known as Bhaava Paksha and her extraordinary voice modulation techniques which is an important aspect in ‘Sugama Sangeetha’. It was an honour to amalgamate her career and my study of music together.”

With the exciting cover that released today, the audience seems to be eagerly waiting for the book launch and the journey of Lata Mangeshkar’s beautiful melodies. 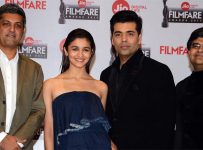 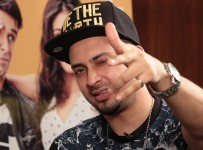 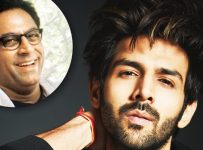