More than 70 shorts, documentaries and feature films from all over the globe comprise the curated lineup of the FIRST-EVER Yellowstone International Film Festival (YIFF), taking place from Jan. 28th to Feb. 3rd and powered by Movie Saints (www.moviesaints.com). The festival’s programming also includes SEVEN Oscar-affiliated short films and documentaries.

“We created this festival to serve as a confluence of our dual identities and cultures,” said Tyagi, a trained filmmaker who has studied at the New York Film Academy and is now based in Los Angeles. “I see the world around me through a cinematic and structured lens, and the films we have chosen to present at our festival reflect my Indo-American sensibilities, while paying homage to some of the best global films focused on women empowerment and LGBTQIA+ issues.”

Tyagi’s 2020 film SAVING CHINTU is currently one of THREE Indian short films in the highly-contested, 2021 Oscars race to represent India at the Academy Awards in the live action shorts category. He has made 12 other short films and is currently working on two feature films, to be released in the next two years.

Chhabra is the author of the biographies of Shashi Kapoor and Priyanka Chopra, and the recently released Irrfan Khan: The Man, The Dreamer, The Star. A film journalist in New York City and New Delhi, he has been published in The New York Times, The Boston Globe, The Philadelphia Inquirer, Mumbai Mirror, Rediff.com, The Hindu, Outlook, BBC.com, Quartz, Scroll, Newslaundry. He’s been a commentator on Indian cinema on NPR, CNN, BBC, CBC, ABC’s ‘Good Morning America.’ Chhabra is the festival director of the New York Indian Film Festival, the largest and the oldest festival in North America. He is the voice of Shadow Puppet #1 in director Nina Paley’s acclaimed animated film, SITA SINGS THE BLUES.

Some of the festival’s highlights include:

SKY BLOSSOM: DIARY OF THE NEXT GREATEST GENERATION, directed by Richard Lui, noted MSNBC & CNN news anchor, and part of the Oscar race in the documentary feature category.

Indian premiere of Gil Baroni’s charming ALICE JUNIOR, which opened the 2020 Berlinale Film Festival and is the story of a trans teenager who longs to be kissed.

Also featured is the South African film KINGS OF MULBERRY STREET, the story of two young boys of Indian origin who bond over conversations of classic Bollywood films.

The festival will also present 10 awards in the following categories this year:

The 12 accomplished, award-winning jury members from
Hollywood & the Indian Film Industry include: 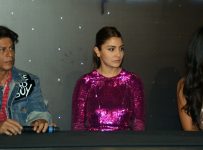 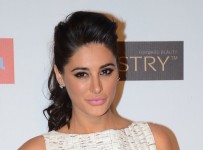 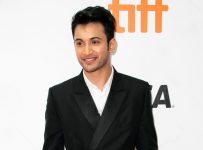 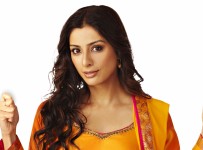