This holiday season, I have been treating myself to some good films. I recently saw a film and it took me almost two days to gather my thoughts to write this review and yet I am not sure if I have done justice to it. This is because the film isn’t like any other film and maybe that’s why it’s India’s official entry in the International Feature Film category at the 93rd Academy Awards. I am talking about Jallikattu, an Indian Malayalam-language film available to watch on Amazon Prime in the USA.

Directed by Lijo Jose Pellissery with a screenplay by S. Hareesh and R. Jayakumar, based on the short story Maoist by Hareesh, Jallikattu is based around Kaalan Varkey, (Chemban Vinod Jose) who is the only village butcher. The entire village relies on him for their supply of meat. However, one night, a bull escapes its slaughter and creates havoc in the village after running amok. When the cops tell the villagers that it is against the law to shoot the bull, the villagers decide to catch the bull themselves thereby beginning a chaotic journey. For those who don’t know, Jallikattu is a traditional event in Southern India in which a bull is released into a crowd of people who try to catch the hump of the bull to control it.

Known for one-take shots and larger-than-life scenes, the director Lijo Jose Pellissery has directed all the scenes in such a detailed manner that I found myself pausing the movie several times to understand the depth of the scene. There are times wherein we see more than 50 actors in a scene yet everyone moves as if it’s a perfectly choreographed scene. Although there are several subplots in the film, each subplot is intelligently weaved together to link back to the central theme of the film. Girish Gangadharan’s cinematography is outstanding with different shades of colors and lighting considering that most of the film is shot at night time in a forest. Never have I heard music crafted from ordinary sounds such as the clicking of a clock to someone breathing and before you know those sounds have merged into the background music of the film. I think it is fair to say that Prashant Pillai has delivered a masterclass in music aided by the sound designer Renganaath Ravee.

The last ten minutes of the film are pure cinematic brilliance. Without giving away too much, the film provides us a very raw and wild look at our society and forces us to question the evolution of the human race. The director has taken a very local tradition (Jallikattu) and transformed it into a universal question for all of us to introspect.

On a separate note, I think it is important to acknowledge that many aspects of the film are very specific to South India and may not resonate with some people. I found the film to be a tad bit loud and overwhelming, but maybe it just means that I have grown too soft watching Bollywood & American films instead of devouring world cinema.

While Jallikattu may not be for everyone, it is a film that every cinephile should watch to appreciate this organized chaos. 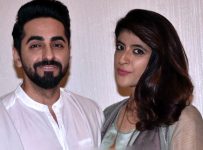 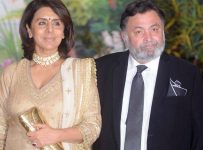 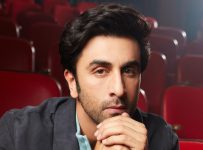 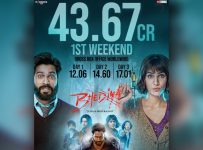