The International Indian Film Academy (IIFA) has announced the much awaited destination for the mega-weekend that is all set to take place this June 2015. Having travelled to some phenomenal destinations across the globe over the last 15 years, IIFA has graced the shores of the USA, UK, Europe, Middle East, Southeast Asia, South Africa, Sri Lanka and Canada. IIFA will now return to the culturally diverse country of Malaysia after 13 years where fans and enthusiasts from around the world can expect to see their favorite stars descend into Kuala Lumpur during the weekend and witness Indian Cinema’s most celebrated event unfold in their city.

The 16th IIFA Voting Weekend for the IIFA Awards, opened today, Friday, to the members of the Indian Film fraternity. The 13th, 14th and 15th of March marks the 16th year of IIFA’s Voting Weekend, where Anil Kapoor and Dia Mirza were the first who came to show their support, casting their vote towards the 16th IIFA Weekend among other members of the film fraternity and the IIFA Advisory Board.

Akin to past IIFA Voting Weekends, many prominent members from the fraternity participated this year including Akshara Haasan, Riteish Deshmukh, Ayushmann Khurrana, Tusshar Kapoor, Huma Qureshi, Vivek Oberoi, Armaan Jain, Kriti Sanon and many more. Each year over 1000 industry stalwarts, actors, directors, producers, technicians and composers cast their votes, which decide the nominations for the awards. Year after year, the IIFA management invites the Academy members and the Film Industry to cast their votes and shortlist nominations in the category of the Popular Awards. The Voting Weekend also derives the Technical Award winners.

The year 2015 marks the sixteenth year of the IIFA celebrations. Having cast the first vote, previous IIFA awardee Anil Kapoor shared, “I’m honored to be given the opportunity to cast the first vote and show my support to the institution that is the IIFA Weekend and Awards. I’ve been a Friend of IIFA for many years and I will always continue to support what I believe is the biggest congregation of the film industry and one that awaited by the entire fraternity year on year.”

Commenting on the occasion, Andre Timmins, Director – Wizcraft International Entertainment Pvt. Ltd. Said, “We are very happy to announce that IIFA will be travelling to Malaysia this year. We had a great Weekend in Malaysia 13 years ago when we went to the Genting Highlands and the country has welcomed us back. With its rich and diverse culture and the sheer beauty of the city of Kuala Lumpur we’re absolutely certain this year’s IIFA celebration will be a sight to behold.”

Commenting on the announcement Tony Nagamaiah – General Manager, Malaysia major Events – “It’s great news that IIFA is returning to Malaysia in 2015 after we enjoyed a successful experience with them in Genting Highlands13 years ago.  Malaysia has grown and evolved during this time just like IIFA has as a globally recognised brand and so we are proud and ready to welcome IIFA this time in the world-class city of Kuala Lumpur in conjunction with Malaysia Year of Festival 2015.  We have a large Indian population and Malaysian community that along with audiences worldwide enjoy the magic of Indian movies.   We look forward to working with IIFA to create the biggest spectacular and celebration of Indian cinema and to welcoming the Indian film industry in Kuala Lumpur.”

The IIFA Voting process is a stringent and methodical procedure that is closely monitored by KPMG, the official auditors for the event. The popular category nominations will then be available for the global audience to participate in the voting process. The final winners of the IIFA Awards are revealed on the night of the Awards ceremony when the envelope is opened onstage, in front of the live audience. The results are surrounded by secrecy and the credibility of the voting process is one of the key parameters of this prestigious award.

Wizcraft International Entertainment Pvt. Ltd promotes the IIFA celebrations globally each year and travel to a new beau locale taking the Film fraternity with it to amalgamate and celebrate the best of both cultures, thereby taking Indian Cinema to a wider audience. 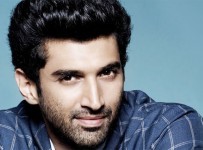 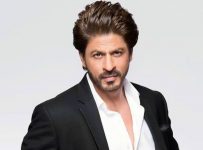 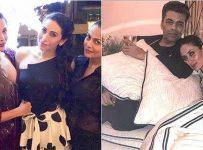 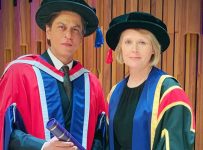