Pink is not more so a statement of today’s times, but a mirror that just touches the surface of what women actually go through at the hands of the patriarchal system in India. These things are subtly shown in the process of the court case which follows an incident in good ol’ Delhi.

All this only because you are a woman in today’s times.

It is so true that all rules apply to women and everyone in the country, from local law enforcement agencies, to politicians are willing to forgive the poor boys, because, baccho se galtiyan ho jaati hai.

Pink neither preaches nor underplays this societal flaw, just reiterates it.

Andrea and Kirti both play fantastic roles, getting adequate opportunity to showcase their talents. Kirti particularly steals the scene during her confrontations with Angad Bedi and Piyush Mishra.

Piyush Mishra is first rate again. No where does he make you feel as if he is the villain of the piece. He merely portrays that part of the society, wherein boys cant be wrong. Angad Bedi fantastically underplays his role as the feudal political heir, for whom ‘good girls don’t drink, and those who do and want to have a good time on their own, are inviting and inciting the boys, making them of objectionable nature’. Vijay Verma is brilliant as the man who needs to teach ‘these’ women a lesson. Raashul Tandon is good too.

The credit has to go to Shoojit and Anirban along with writer Ritesh Shah. The screenplay is so taut and pensive, that in the pre-interval you see this as a realistic thriller, where one thing or the other goes wrong with these girls. Then comes Deepak Sehgal, a silent neighbour, who could be mistaken as a perverted stalker or judgemental senior neighbour by the girls and rightfully so. These are the times we live in.

Taapsee Punnu manages to hold her own in scenes against the Big B, which in itself is an award winning performance. But her maturity as an actress is tremendous. She doesn’t overdo the victim card yet gets you to feel anger and sympathy for her throughout. Never pity.

Amitabh Bachchan in Deepak Shergil, makes you see, what Sunny Deol’s Govind from Damini would have eventually become. The minute he comes on screen at the girls’ doorstep, never entering, in the lawyer’s uniform, you automatically start clapping and cheering, cos you know, now nothing can go wrong, further. His performance, both subtle as the suffering husband, dozing off in court, losing his flow of thought and outright, in his cross arguments, the ‘etcetra’ speech and the moving yet hard hitting ‘NO’ closing argument.

It feels an honour to see him on screen with such panache.

This is a must watch film for all. Especially for our boys. 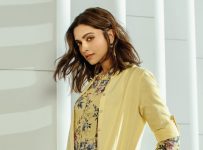 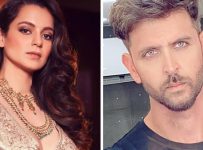 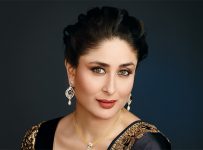 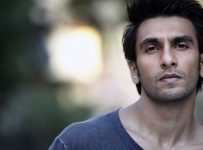