Keeping to his legacy , Sanjay Leela Bhansali does it again and delivers yet another mega blockbuster with Padmaavat as the film has gone on to achieve a mega milestone crossing 100 cr in 4 days.

The film has mesmerized moviegoers across the country ,testimony of which are the unprecedented numbers at the box office as theaters continue to run housefull.

Despite the tribulations that have come the film’s way, Sanjay Leela Bhansali’s Padmaavat made approximately 115 cr in 4 days + special paid previews. (Domestic / Thur : 19 cr, Fri : 32 cr, Sat : 27 cr , Sun : 32 cr) with several trade gurus stating that the film had the potential to reach the coveted figure in half the time, had it not been for the ban in 4 states.

Speaking volumes for his talent and unmatched vision ,Sanjay Leela Bhansali’s latest offering is well on its making to making history and went on to not just shake the box office but also act as a game changing film for the lead starcast.

Says a trade source, ” Sanjay Leela Bhansali has long been associated with blockbusters and his films have always managed to strike gold at the box office apart from receiving acclaim. He also has the knack of bringing out the best out of his actors and extracting performances that have truly been game changers in their respective careers. Both Ranveer Singh & Deepika Padukone have had the three biggest hits of their careers with Bhansali whom they often credit as their mentor. Shahid too is back with a bang after Rangoon having bagged a film of this scale in his first collaboration with the filmmaker. Every actor who has worked with the filmmaker owe their careers to him and they have not made qualms in admitting that since he is undoubtedly the biggest director in the country today”.

Adds acclaimed critic and trade analyst Taran Adarsh, “This is a humongous achievement for Sanjay Leela Bhansali because the film has been loved by the audience and this can be gauged by the box office numbers .I personally believe that Padmaavat is his best film to date , from the way he shot it to the way he has extracted the performances from his actors. This proves more than anything that he is indeed a master story teller”.

If that wasn’t all, the film opened bigger than blockbusters like Baahubali 2 , PK and Dangal in several centers overseas and as per official trade reports would have surpassed Baahubali’s figures in India had it not been for the ban across few states.

Says a trade source, ” Sanjay Leela Bhansali has weaved his magic again.The country is celebrating Padmaavat and how. The film has crossed 100 crores in its opening weekend. Distributors across the country are rejoicing, as the movie is running to packed houses both in single screens and multiplexes. It’s unfortunate that distributors in Gujarat, Rajasthan, Bihar and Madhya Pradesh are losing out on big money owing to the ban in these states as this was an extremely lucrative film to bank on. This is the magic of Sanjay Leela Bhansali – he manages to not just enthrall audiences but also establish his actors as major contenders ,guarantees box office numbers and presents audiences with a cinematic experience like never before”. 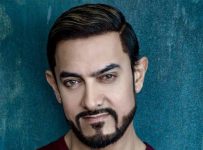 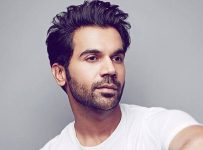 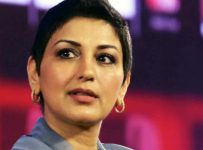 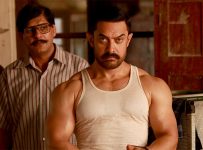