Cricketer Suresh Raina’s soothing melodious voice will keep you mesmerized as his song “Tu Mili Sab Mila” is just amazing. This much-awaited song, from the high-octane crime drama ‘Meeruthiya Gangsters’ has been unveiled and his confident voice definitely shines through.

The music of this romantic song has been composed by Siddhant Madhav and the words have been penned by Arafat Mehmood.

Raina, looks like a cool dude dressed in a stylish jacket, recording this song in the studio, with the headphones and microphones giving an extremely raw yet enthusiastic touch to the video.

Director Zeishan Quadri said, “I never knew that Raina had such an amazing hidden talent in him. He has beautifully rendered the song. His melodious voice blends brilliantly with the romantic scenes between Nushrat Bharucha and Vansh Bhardwaj in the song. Our film is releasing this Friday and we’ve surely saved the best for the last.”

Raina in the video is seen with his trademark smile, which has made numerous girls fall for him over the years. He’s also seen focusing and being completely in the groove like other professional singers.

Producer Shoeb Ahmed said, “we received a tremendous response to the teaser of this video that we had released.The news of Raina lending his voice to our film spread like wild fire. In fact, I saw the same dedication that he gives on the cricket pitch while he was recording this song. And this number is a like a smashing century from his end.”

Raina who is a close family friend of producer of the film, Shoeb Ahmed, had also unveiled the music of the film a few days ago. He had even sung a few lines of this soulful romantic number at the music launch which got the audience excited.

The film under the banner of Preteek Entertainment is geared up to release on 18 September. 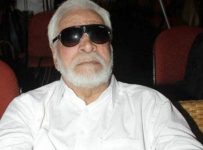 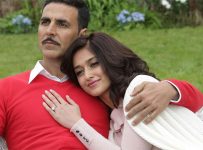 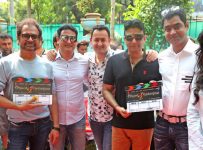 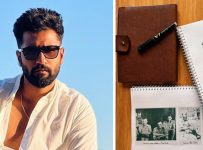