India’s biggest celebration of music, The Global Indian Music Academy (GiMA) has unveiled its most illustrious nominee list for the year. Only the most outstanding in the industry have the honor of receiving a GiMAnomination, with only the finest getting a chance to walk awaywith the most coveted music award in India- the GiMA award.

For the film category, Bajirao Mastani bagged the maximum nominations by receiving a nod in nine categories. Following closely with seven nominations is the super hit movie Tamasha and Roy with six.

Global music icon A.R. Rahman has been nominated for his incredible work as music director in Tamasha and Arijit Singh features prominently on the list for his playback singing.

Sabbas Joseph, Director – Wizcraft International said, “Every year with the Gionee Colors GiMA Awards, we aspire to bring forth newer talent and recognize true achievements in the music industry. This year we have introduced the ‘Best Music Video’ category and have been successful in reaching out to many more talented artists from across the country. We are also very fortunate to have an esteemed jury whose members have diligently listened to the entries and then adjudicated on the same. This year’s GiMA will once again honour some of the most deserving talents and I’m sure it’s going to be a great success.”

Commenting on the occasion, Shankar Mahadevan said, “I am thrilled to be nominated at this year’s GiMA Awards across multiple genres and categories in film and non-film. I am also happy to see such a diverse range of new artistes in the Debut categories. GiMA strives to bring forth and celebrate talent in Indian music; it is an amazing feeling to be a part of such an outstanding platform.”

Commenting on the occasion, A.R. Rahman said, “I am really happy to be nominated for this year’s Global Indian Music Academy Awards across 4 categories for ‘Tamasha’. It is always a great feeling when your work is appreciated by the fraternity. GiMA is a great platform that recognizes the efforts of the artists and their contributions every year. I extend my heartiest congratulations to all the nominees for GiMA’16 and thank them for giving us great hits and taking the Indian music industry to newer heights.”
Gionee Colors GiMA encapsulates a plethora of genres including classical, devotional, pop, rock, fusion, Bollywood, folk and more with the total number of award categories being 21 with 11 in the Film and 10 in the Non-Film segment.

The voting process is open only to members from the Indian music industry and is monitored by KPMG, the official process validators for the awards. Nominees are selected by the GiMA Jury Panel, comprising of experts across various genres of the music industry. The Academy, that comprises of over 350 members of the music and film industry votes for the final winners in a secret ballot process. The Advisory Board plays an important part in streamlining the Awards process; and all major decisions are taken with the consensus of the Board.

GiMA has set itself an ambitious mission to create a movement for Indian music by honoring artistic achievement, technical proficiency and overall excellence in Indian music. 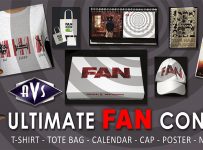 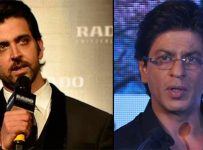