ZEE5 Global, the world’s largest platform for South Asian content, reaffirmed its commitment towards its viewers and content partners from South India by unveiling a compelling slate of 11 Telugu originals in a star-studded event today in Hyderabad, India. With its strong consumer proposition, ZEE5 Global has been winning the hearts of audiences across the globe. The platform’s content portfolio builds a high level of excitement as it brings the world of entertainment to our consumers’ screens in multiple languages, with diverse emotions and endless experiences to get hooked on to.

ZEE5 Global’s Telugu viewers will have an extensive slate to watch ranging from thrillers to comedy, drama, romance, and many more which are deeply rooted in the rich culture and legacy. In addition, viewers can watch blockbuster movies along with a line-up of original content and movies from ZEE5 Global’s library that have been specially dubbed in Telugu to cater to the viewers’ preferences. This much awaited content slate was unveiled in the presence of Harish Shankar, Praveen Sattaru, Kona Venkat, Niharika and Sushmita Konidela.

One will also be able to catch a glimpse of the highly anticipated upcoming titles such as ‘Recce’, which is a multi-starrer thriller featuring Shiva Balaji, Sri Ram, Dhanya Balakrishna, Rajeshwari Nair, Aadukalam Nareyn, Sharanya Pradeep, Sammeta Gandhi, Ester Noronha and  ‘Maa Neella Tank’ – a romantic comedy based in a small village that marks heartthrob Sushanth’s OTT debut. The event also saw the  reveal of the first look of ‘ATM’– a heist comedy featuring Subbaraju, Prudhvi andVJ Sunny. Further to this, popular actor Raj Tarun unveiled the lyrical video of a song from the upcoming ‘Aha Nee Pellanta’– a fun romantic show of a man’s failed attempt at finding a spouse.

The audiences were hooked to the line-up which boasts of shows like Hello World! – based on the life and trials of a group of youngsters on the cusp of their careers in the prominent IT sector of Hyderabad and Mission Tashaffi -an adrenaline-pumping spy drama. Other shows which we can look forward to are Paruvu, Bahishkarana, The Black Coat, Prema Vimanam and Hunting of the Stars.

The evening also raised a toast to the talented teams of Oka Chinna Family Story, Net, the Loser franchise and Gaalivaana for their remarkable storytelling which has had the Telugu audience hooked.

Upping the ante in content offerings for its Telugu-speaking audiences by announcing this specially curated slate of 11 originals, ZEE5 Global brings to the fore the best of talent from Telugu’s creative ecosystem, reiterating its focus on entertainment inclusion and meaningful quality content across languages and genres. ZEE5 Global recently premiered superstar Ajith’s Valimai on the platform, fetching the fastest 500-million streaming minutes on the platform worldwide. The platform in its latest offering released the magnum opus ‘RRR’ for their multilingual audiences which received 1000 million streaming minutes within 10 days and has been trending at #1 in all 4 languages, including Telugu on ZEE5 Global. The platform has been ramping up its regional library with blockbuster acquired titles as well as original content to further consolidate their foothold in regional language content and keep the viewers entertained with quality content.

Talking about the success of Telugu content in the global market,  Archana Anand, Chief Business Officer, ZEE5 Global said, “At ZEE5 Global, we cater to multiple South Asian language-speaking communities by bringing them the most diverse range of content in the language of their choice. In the last few years, the global markets have seen an expanding appetite for Indian regional language content, especially Telugu. Furthering our commitment to explore new genres and content formats across   languages, we are thrilled to announce a content line-up of 11+ Telugu Originals and movies to enthrall and entertain our audiences across the globe and especially now, just as we complete a hugely successful year in the U.S., one of our biggest Telugu audience markets.”

Highlighting ZEE5 Global’s content strategy, Mr. Punit Misra, President – Content & International Markets, ZEE Entertainment Enterprises Ltd. said, “In recent years, we have seen a significant transition in the viewing patterns of Indian audiences across the globe, who are now sampling and consuming a diverse range of content on OTT platforms. This uptick has been significant for South Indian language content, especially that from  Telangana and Andhra Pradesh which are important markets for us. As we continue to chart the next phase of growth for ZEE5, our focus is to continuously innovate on content and deliver compelling and extraordinary stories, driven by consumer and culture centric design thinking . At ZEE, our #SoulToScreen approach is at the heart of this relentless and disruptive pursuit towards presenting premium content to our audiences. Our content slate in Telugu reaffirms our commitment towards exploring new genres and constantly innovating to keep audiences entertained”

Ms. Anuradha Gudur, Chief Content Officer – Telugu added, “ZEE has a very strong and rich legacy in the Telugu content market, with a widespread audience base. Keeping our viewers at the centre of our content strategy, we have time and again delivered authentic and relatable stories through our extensive offerings on television. With shows like Oka Chinna Family Story, we have managed to tap into the innately inclusive Telugu cultural mindset, and we look forward to some of our offerings to tap into the facet further. We aspire to continue entertaining our audiences across platforms, by leveraging our expertise and understanding of viewers that has been garnered over a decade of our presence in Telangana and Andhra Pradesh. Our mission is to replicate this success on ZEE5, and we are excited to collaborate with some of the most popular creators and prolific talent to narrate 11 new original stories and iconic movies as part of our fresh content slate.”

The soiree saw some of the most noteworthy who’s who of the Telugu entertainment industry attending including Harish Shankar, Praveen Sattaru, Sharrath Marar, Kona Venkat, Niharika and Sushmita Konidela, Sushanth, Aadi Sai Kumar, Raj Tharun, amongst others.

Addressing the appetite for our audience for quality content regardless of language, ZEE5 Global also showcased previews of select shows that open the horizon of entertainment to new worlds like the world of news and sensation in The Broken News featuring Sonali Bendre and the political milieu of Bihar in the explosive latest season of Rangbaaz. In a bid to appeal to the sensibilities of every Telugu viewer, ZEE5 Global has also acquired movies like Karthikeya-2 and Hanu-Man.

The fascinating lineup follows the recently released thriller ‘Gaalivaana,’ ZEE5 Global’s first Telugu original series, which debuted on the platform around a month ago and engrossed the audiences, receiving a resounding positive response from viewers and critics alike. In addition to that, there is a vast library of content titles available on the platform including catch-up Telugu shows and movies. 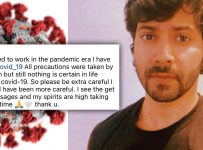 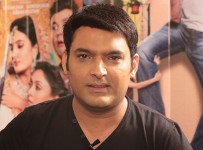 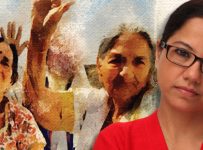 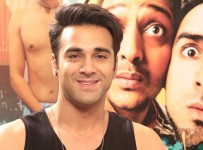