November 9th 2016 went down in history for many reasons. It was the day America elected its 45th president. It was also the day wherein India’s Prime Minister made the startling announcement of Demonetization. Although these two individual events shook the world, I knew that they would end up being gold mines for filmmakers. This would give them an opportunity to tell stories about the repercussions of these actions on society. ‘Choked: Paisa Bolta Hai’ is the first Bollywood film to tell us one such story set with the backdrop of Demonetization.

Directed by Anurag Kashyap, ‘Choked’ is a fictional film co-produced by Netflix and Good Bad Films (Anurag Kashyap’s newest production house). It follows the life of bank cashier Sarita Pillai (Saiyami Kher) in the backdrop of Demonetization. Being the breadwinner of the house, as her husband Sushant Pillai (Roshan Mathew) is unable to hold on to a job, Sarita is weighed down by family responsibility and societal obligations. Her luck changes when she stumbles upon a stack of cash through the drainage pipe. Sarita starts to relax not knowing that she has also inherited various problems along with the free money.

‘Choked: Paisa Bolta Hai’ had such an intriguing trailer and an interesting plot, that I couldn’t wait to watch the film. However, throughout the movie, I thought it had one too many subplots that did not contribute to the essence of the film. Even the climax left me puzzled.

Two things that stood out for me were the strong performances by Saiyami Kher and Amruta Subhash, as well as quintessential cinematography to capture life in a distinct economic class. Kher’s portrayal of an upright woman and her daily struggle is near-perfect. Even Subhash’s role as an annoying neighbor who partakes in self-victimization to get her work done is genuine. For that matter, almost all the scenes have a stamp of authenticity – Be it the scene between Saiyami and her husband Sushant arguing over who would call the plumber or the interaction between Saiyami and an elderly lady in which Saiyami says “Bank mein paisa milta hain, sympathy nahi. Unke haath jodiye jinko vote diya tha”.

Having lived in Mumbai and having visited such apartments, I could vouch that Sylvester Fonseca’s cinematography coupled with Anurag Kashyap’s direction has a simplistic, yet realistic flair. Given the richness of the film in the acting and cinematography department, I just wish it was a little tighter in its story and didn’t dwell on topics that interjected so abruptly. This film is also a fresh take on the socio-political impact of Demonetization on average people.

If you are looking for a film with some strong performances, skilled direction, and cinematography albeit with convoluted sub-plots, Choked may be a few hours well spent. 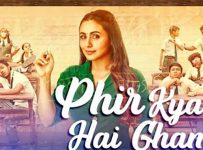 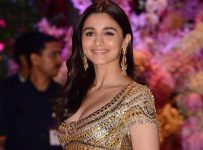 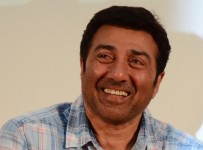