Though initially I had my doubts about this film, let me be the first to say, ‘Fan’ is unlike any movie experience you will ever have. Now I know that’s a loaded statement, but I have my reasons.

I’m not exactly a die-hard SRK fan. In fact, after the debacle that was ‘Dilwale’, I thought he was finished and we could all officially say that his best years were behind him. But this movie reminded me exactly why SRK is who he is. Only he can earnestly pull off something absolutely nuts like this. This role was meant for him and his performance is testament to that.

Usually when I write a review, I touch on everything from supporting actors to songs. But this film has no music and the only note-worthy performance is from SRK himself. So, for a change, this review is purely story/performance based.

‘Fan’ is something of a cross between ‘Pyaar Tune Kya Kiya’ & ‘Dhoom 3’ (I know that sounds horrendous but trust me it works!) The plot goes something like this (no spoilers); Gaurav Chandna (SRK) is an extremely devoted fan of film star Aryan Khanna (SRK). Gaurav puts a great deal of effort into meeting his idol and plans a trip to see him. Upon arriving in Mumbai, his plans of meeting Aryan take an unexpected turn when he gets caught in the midst of a messy situation. After a series of events, the two finally meet. But things don’t go as planned and they end up in a heated argument. Gaurav walks away with a bad taste in his mouth, having lost the love and admiration he once had for Aryan. The rest of the story deals with how Gaurav seeks revenge from Aryan, for having crushed his dreams, thus ruining his perception of his long-time hero (the latter).

This is the story of power at two ends of a spectrum. On one side, power lies with the star for having acquired so many fans. At the other end lies the fan, without which, there would be no star. We give them power and in turn, they have power over us.

We all know that feeling of being a die-hard fan. I, for one, sure do (well something of sorts). Going to a concert. Screaming at the top of your lungs. Trying to get them to just notice your existence. Just a glance. Once, maybe twice if you’re lucky. But then you ask yourself ‘why would they notice me?’ Well, because you’re their BIGGEST fan. That’s your self-proclaimed fact of life and you’ve force yourself to believe it’s true. No one else looks up to this person quite like you do. And then it dawns on you… this person may very well be the most important person in your life, but who are you to them?

Gaurav is all of us. Sure, maybe not to the extent of madness, but I believe that the ability to love to the point of obsession, is in all of us. Whether it’s the love of an actor, sportsman, singer, etc., there’s someone who inspires us all, in some way, and makes us passionate about something in a way that no one else can.

This story will win you over purely because it is relatable on the most basic human level. The scene where Gaurav first sees Aryan waving to his fans will actually break you down. It will happen so fast you won’t even know what hit you. Because that scene is SO damn real. Wanting to be noticed but not being seen. That longing. That is you. That is me. That’s all of us. And it’s brilliant! So well done Maneesh Sharma! You have succeeded at making a great film with an actor I least expected to blow me away.

One thing is for sure, I can bet anything, this role has taken everything out of SRK in a way that has grounded him for life. The ending scene will prove that to you. SRK may have taken advantage of his stardom from time to time (he’s human after all), but I’m sure after this film, he sure as heck won’t look at his fans the same way. Ever. Again.

The only thing I would say takes away from the film was a few over-the-top action scenes. At times it seemed like I was watching a cheesy Rohit Shetty film. But then again, some people like that. For me, it was just too far-fetched to see a 50-something year old SRK jump from one 18 story building to another without so much as a scratch on his body.

This film was truly one of the biggest mysteries. No songs released. Few published/leaked stills. Hardly any promotional events. This film was kept under wraps to such an extent, I thought they were harboring one of the most mediocre productions to ever come out of YRF. Boy was I wrong. They were actually perfecting one of their best kept secrets.

Say what you want about SRK. He owned this film. For those of you, like myself, who started to give up on him, you will be pleasantly surprised at how he’s reinvented himself at this point in his career. You may have laughed at his ‘Om Shanti Om’, laughed even harder at ‘Chennai Express’, and nearly peed your pants during ‘Dilwale’, but this is where he reminds you that he’s KING Khan… and rightfully so! 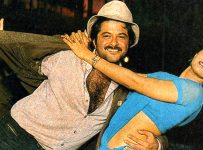 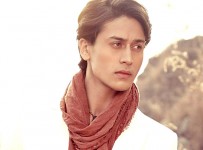 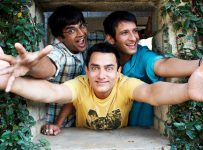 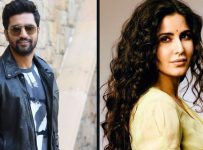