The landscape of Indian cinema is changing and I believe the Indian film industry witnessed a pivotal inflection point last week. For decades, we had major studios lining up big releases around the big holidays in India. For example – In 2019, we had Salman Khan‘s Bharat released around Eid, Akshay Kumar‘s Mission Mangal around Independence Day, etc. This is the first time we have had three major OTT studios releasing their blockbuster films around Diwali. We witnessed the release of Laxmii on Disney+ Hotstar, Ludo on Netflix, and Chhalaang on Amazon Prime.

Chhalaang is an inspirational dramedy film directed by Hansal Mehta that follows the life of Mahinder, aka “Montu” Hooda (Rajkummar Rao), an aimless physical training (PTI) teacher in a government school who gets threatened by the introduction of Inder Mohan Singh (Mohd. Zeeshan Ayyub), a senior PTI. Things worsen for Montu when he sees his lady love Neelima “Neelu” Mehra (Nushrratt Bharuccha), bonding with the new instructor. To prove his worth, Montu challenges Inder Mohan Singh to a game of three sports wherein they would coach their respective teams, and the winning coach would get the job at the school.

No matter how hard I try to recollect, I don’t remember a performance by Rajkummar Rao that I haven’t liked in the recent past. His ability to step into ‘Montu’ character makes it look as if it was written just for him. Rajkummar Rao adopts the aimlessness of Montu’s character and plays it out thoroughly. However, I do wonder if he’s getting type-casted for the role of a small-town boy a little too often?! Playing a Haryanvi character is a double-edged sword, and I believe that Nushrratt Bharuccha did an excellent job portraying Neelu. Though, some might argue that a few times, she drops character when it comes to her expressions that seemed a little too polished for a character such as Neelu. The film also has a good set of supporting actors like Saurabh Shukla and Satish Kaushik, who give delightful performances with their tongue-in-cheek humor and impactful one-liners. Even the kids were perfectly cast in their respective roles.

While the film begins as a romantic comedy in the first half,  it quickly turns on its head to become a sports drama in the second half and this is why I wish the script had a little more conviction to reflect the stark reality that the ‘Hansal Mehta + Rajkummar Rao‘ combination is known for. The story flirts with a few topics but doesn’t go into detail. For example – the script brushed upon ‘women’s participation in sports’, but it did not explore the issue thoroughly. It also portrays Montu’s affinity to a political party that punishes couples who celebrate Valentine’s Day, but never revisits the topic after Montu meets Neelu. Even the ending of the film was a textbook David v/s Goliath, rather than showing the value of enriching ‘nerdy’ kids with sports. If anything, I did appreciate Montu’s victory speech, wherein he urges parents to be prepared to make sacrifices to help kids achieve their potential regardless of how unconventional the stream.

While I was hoping Chhalaang to be a little more interesting (Hansal Mehta + Rajkummar Rao + Amazon Prime.. Do you blame me??), the film is undoubtedly a good family drama given the Diwali holidays. 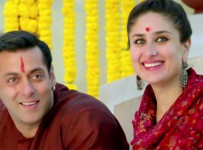 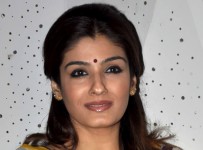 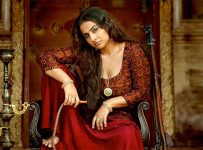 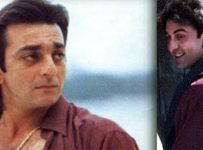