Bay Area-based EnActe Arts is proud to announce a virtual adaptation of Letters to a Daughter from Prison, a play by Lavonne Mueller based on the letters between Jawaharlal Nehru and his adolescent daughter Indira, written between 1930 and 1942, before he became India’s first Prime Minister. The original play made its debut in 1988 during the first International Festival of the Arts in New York City before going on to tour India. It has been adapted for this production by Deesh Mariwala (Director), Denzil Smith and Vinita Sud Belani (Founder and Artistic Director of EnActe Arts).

Set against the backdrop of the freedom struggle and Gandhi’s non-violent protests, the play reveals the richness of the father daughter relationship in the formative years, before her eventual emergence on the world stage, as Indira Gandhi, the daughter of Jawaharlal Nehru, told through the exchange of letters between them during his numerous imprisonments for his role as a leader of the Indian independence movement while she was growing up. One of which included the prophetic line, ‘Little one, may you grow up into a brave soldier in India’s service!’

The playwright was inspired to write the story because Nehru the statesman was being continually separated from his shy, intellectual daughter Indira due to the turmoil that came with the freeing and building of the world’s largest democracy. “They forged the bonds of a loving, nurturing and formative relationship through their detailed, prolific letters to each other. I felt compelled to write this story because I could not find a parallel in the Western world of a statesman father who nurtured his daughter in such a way.”

Notes the play’s director Deesh Mariwala: “Funnily enough what started as a delving into the lives of two Prime Ministers who shaped the land I grew up in, has become a warm, companionable relationship with two people I have never met, but now feel I know almost intimately.”

And that is the nature of this strange time, where when theatre is struggling to re-invent itself as a virtual performance art, doors have closed but windows of collaboration have opened up across continents. Three months ago, Smith, based in Mumbai India, and Belani, based in Silicon Valley decided to take advantage of this hiatus in their usual frenzied life and the collaborative possibilities of virtual theatre, and started searching for a play a la Love Letters, that would lend itself to virtual presentation. A chance encounter with Deesh, based in London UK, whose father and grandfather had been a part of Nehru’s freedom fighting coterie, sealed the deal.

“We could not have picked a play more en point for our times and our audiences,” says EnActe Artistic Director Belani. “In a time when conversation is rife on gender roles, and female representation, when the US may possibly have their first female Vice President (with part Indian origins) in the White House, and when the Gandhian style of non-violent protest espoused by Martin Luther King is being reprised in so many countries, the relevance of this play to audiences young and old is unarguable.”

“Assaying the role of Indira across the decades would of course be exhilarating for any actor” says Belani “but it’s also intimidating – hugely so! Portraying a real person requires commitment to their authenticity, and Indira was not just any person – she was the female Prime Minister of the largest democracy in the world for decades.”

“This project is profoundly personal for all four of us,” says Belani. Take Denzil’s relationship with Nehru – he has played Nehru in this play and in other films before; he has also played Nehru’s friend Jinnah. His appreciation of Nehru’s character is deep. Deesh’s family has been a part of the freedom fight with Nehru; he co-wrote a series on the family that got pulled in the 2008 financial crisis. Raashina’s grandfather was a freedom fighter too. I was born in the mid sixties in Kolkata and my formative years from the mid-sixties to the mid-eighties were influenced  almost solely by two incredible women – Indira Gandhi at the helm of the country, and Mother Teresa on the ground. I met Indira once, in person. I still have her autograph! All of my female peers ended up strong, successful career women at the helm of their organizations”

Letters to a Daughter from Prison is a co-production of EnActe Arts and Stagesmith Productions.

The producers would like to thank the community that has rallied behind this play – it being partially sponsored by indiaspora.org, the prestigious collective of South Asians making a difference in their community, and is being co-presented by Indiaspora, ICC (India Community Centre, Silicon Valley) and DIAC (Dallas Indian Arts Collective, Texas).

What: EnActe Arts Presents Letters to a Daughter From Prison 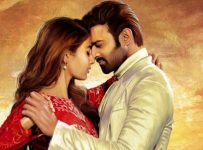 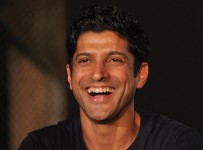 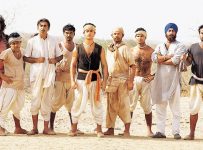 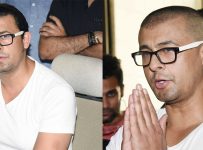