Some said it was a remake of Magadheera, some said similar to Mirzya, etc. etc. What in all the film Raabta, is, basically an act of indulgence by its producers because they could afford to. Otherwise nowhere does it make sense for Dinesh Vijan the producer to turn director with this clichéd product.

So we have Sushant and Kriti, doing what Ranbir/Anushka and Ranveer/whatever did in their last outings, basically rip off the Before Sunrise / Sunset. They do share a certain chemistry, no doubt and Sushant does try very hard to liven up the screen with his extra power packed energy, but in some places, it does come across as exactly that…trying too hard.

Kriti on the other hand, seems as confused as her character in the film, oscillating between a phattu and a phataka… they both do look good on screen in the modern day avatar. Sadly the same cannot be said about the past.

Why did the writers, Siddharth/Garima have to waste so much time in the build up to the plot, and then do no justice to the so called, much awaited flashback… no one is going to find out… no one is bothered either.

So the flashback, an ode to Apocalypto, brings a Rajkumaar Rao in a cameo, which is a complete waste. Sushant in the smoky eyed look seems high on dope and Kriti seems like a deer lost in the woods. A Bahubali inspired chase too, comes across as stupid rather than romantic. The language and the husky voices don’t help the overwritten dialogues either, making the entire portion seem clunky!

So when they do come back to present time, it is a relief of sorts, but then the agony has already set in.

Deepika in the Beyonce’ inspired outfit seems least interested in the dance and more in walking the ramp and lip syncing the rehashed song, which was to be the highlight of the film!

Sushant is good, Kriti too, but the minute Jim Sarb enters the screen, in his maniacal, Joker inspired approach to the character, he steals the show completely. You rather wait for him to be on screen more because he is the only one moving the story stuck in the bedroom of Budapest, forward. Unfortunately his back story too is left unexplained and hence adding to the already confused lot on screen.

Raabta suffers on all counts, very poor writing, immature direction and directionless performances. Coupled with the fact that there aint any good songs either, besides rehashed versions, the Main tera boyfriend being the ultimate slap!!

Wonder why they didn’t let Homi direct it instead, would have added an X amount of quirkiness to the entire story, might have been just the missing link. 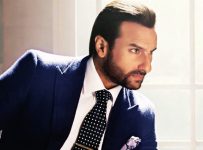 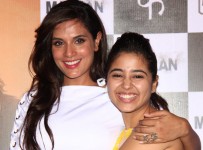 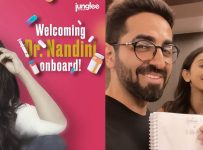 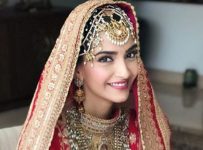