The writer/director Vikramjit Singh apparently struggled for 3 ½ years to make this film. Till childhood friend Ranbir stepped in to help out with Bhushan Kumar of T-Series. I guess part of that deal must have been to have RK do a cameo, which also has him play the title role.

That I feel might have made for a better story than the current hash.

The concept per se is very good, with some excellent locales in Malaysia and some beautiful cinematography by Himman Dhamija. Songs are chartbusters as it is, and deservedly so. Full marks to Ankit Tiwari, Meet Bros Anjjan & Amal Mallik. Even the background score by Sanjoy Chowdhury is excellent.

But there is no screenplay in the film. In the first 15 minutes itself the movie loses its grip over its audience. Written by debut director, Vikramjit Singh himself, the lack of plot is seen evidently in the first half an hour itself.

The problem is that everyone in the film is taking themselves too seriously. It comes across as if they are actually going to do something BIIIIIIGGGG here.

Poorly written dialogues, incoherent screenplay, lengthy pauses between dialogues. It’s as if you made a team of common people debut on stage for Hamlet.

There are so many scenes which just don’t make sense at all, the date night, the interrogation of Tia by Wadia etc. Can you imagine, Arjun’s character, in an epiphany induced moment, leaves Mumbai for London to surprise and woo his lady love and he walks straight into Heathrow’s coffee shop, where she is awaiting her ‘’final boarding call for Hong Kong’’ talk about inter country flight operations’ efficiencies. What if his flight was late by 5 minutes or she was in the loo? Fly back to Hong Kong? This is the kind of nonsense one is subjected to.

Jacqueline, besides looking good, is the worst in this lot. Her entire act feels so staged. Even a constipated Rajit Kapoor looks more emotive. Shernaz Patel is a waste.

Arjun Rampaal has been given a good stylish look in most of the film, but looks ill with the beard. He mouths long dialogues while puffing away throughout the film, both of which make no sense. Sadly.

Ranbir in a ‘dynamic role’ or whatever that meant, doesn’t make any sense either. He is the fictional Roy, who is a fictional thief in Arjun’s film but yet his lack of motivation shows on screen. He might have done it out of friendship, but has no emotions throughout whatsoever.

At a running length of 147 minutes, editor, Dipika Kalra should be shot first. The film moves on and on and on without making any sense at all. Towards the climax, or what one thought was the climax, when Shernaz Patel mouths ‘’the film is over’’ the audience, including me actually started clapping, but the film still went on…. so bad was the impact. 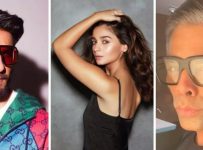 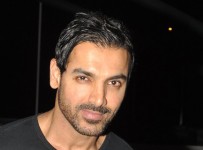 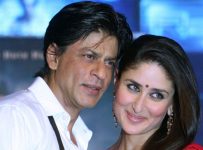 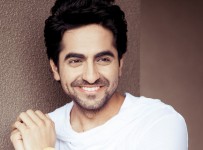