Alissa Quart described ‘hyperlink cinema’ as different characters living in separate stories connected by one aspect that is slowly revealed to the audience. Director Anurag Basu used this technique in ‘Life in A Metro‘ back in 2007 and he does it again in his latest film – ‘Ludo.’

‘Ludo’ is a Netflix original dark dramedy directed by the aforementioned and quintessentially eccentric Anurag Basu. Ludo follows the life of four characters in their respective stories trying to reach their destination. Sometimes, these characters cross paths, sometimes they are tangential in each other’s story, sometimes they obstruct each other, and sometimes force each other to take a few steps back, representing the game ‘Ludo’ in its essence. The film begins as a narrative between two people (Anurag Basu & Rahul Bagga). The first story arc of Akash Chauhan (Aditya Roy Kapur) and Shruti Choksi (Sanya Malhotra) is that of a sex tape gone viral. Not knowing what to do next, Akash goes to the amiable criminal Sattu Bhaiya, a.k.a. Rahul Satyendra Tripathi (Pankaj Tripathi), the common thread for all the stories. Sattu Bhiaya has some old business with Batukeshwar “Bittu” Tiwari (Abhishekh Bachchan), who used to be his accomplice before he settled down with a family and that forms the second story arc. The third story arc is that of Rahul Avasthi (Rohit Saraf), a salesperson in a departmental store, and Shreeja Thomas (Pearle Maaney), a nurse who happened to be at the wrong place at the wrong time. For the fourth and final story arc, we have Alok Kumar “Aalu” Gupta (Rajkummar Rao), who is still smitten by his childhood love Pinky Jain (Fatima Sana Shaikh) despite her being married with a kid.

I had mentioned in one of my previous review of ‘Little America’, that there are several complexities when there are different stories with unique characters and unfortunately, ‘Ludo’ isn’t prone to such complexities. Yet, I enjoyed watching this film as I have always admired artists who try something different.

Watching Abhishek Bachchan’s character reminded me of ‘Lallan Singh’ in Yuva. He doesn’t have many dialogues, yet he did a decent job portraying his role through his restrained acting. I chuckled at the opening scene of Pankaj Tripathi and at all of his shenanigans throughout this film. Only a few people in Indian Cinema can act with the ease & elegance of Pankaj Tripathi. I also liked the acting of Pearle Maaney, who doesn’t have any Hindi dialogue, but I thought she left a mark, especially in one scene when she breaks out into a South-Indian dance style. For me, the film’s standout aspect was the chemistry between Fatima Sana Shaikh and Rajkummar Rao. Fatima is absolutely clueless about the chaos she creates in Rajkummar Rao’s life due to her selfish demands. Rajkummar Rao is in self-destructive mode when Fatima comes to him for help. In one of the scenes, Rajkumar says, “Kuch logon ki chuul hoti hai Ishq mein badbaad honeki” and he embodies it throughout the movie. So much as that, despite being an ardent Amitabh Bachchan’s fan, Rajkumar adopts Mithun Chakraborty’s looks and mannerisms as that was Fatima’s favorite actor. The longing look in Rajkumar’s eyes and his breaking into awkward Mithun dance steps is precious. Apart from the actors, I also liked the visual aesthetics of the film. Throughout, you see how the cinematographer, who also happens to be Anurag Basu, has meshed Ludo’s colors – be it the color of a car or the color of a broken door.

However, as I mentioned before, the film is far from perfect. After the characters get introduced, the film drags to establish their backstory and makes it very tough not to get distracted. Additionally, there are more than 5 montages in the film and you can’t help but skip some of those scenes. I also wished the film would have allowed the audiences to figure out the commonality and patterns without it being spoon-fed through the narrative. A few such examples are discussions about good vs. evil, the similarities between Life & Ludo among others.

Writing this review was a little challenging as I am not sure how I feel about the movie as a whole, but I do know that Indian audiences have always asked for an intellectually challenging film. And now when we are seeing one, we need to appreciate an artist (Anurag Basu) who makes an honest attempt to entertain and presents us with an artist abstraction. 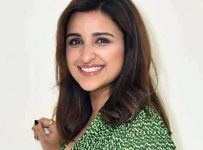 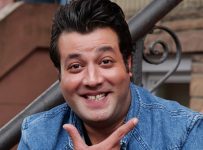 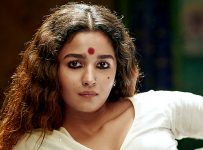 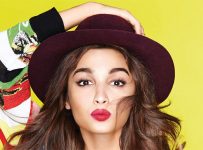