Disclaimer: No spoilers ahead!

Ever wondered about the relationship between a film genre and its story? Does the story decide the genre or does the genre influence how a story is told? More often than not both a film’s genre and its story go hand-in-hand. For example – one cannot show Kal Ho Na Ho in any genre but drama or Andaz Apna Apna as anything besides comedy. Very rarely will you see a story that could have been effectively told in any genre. The Anushka Sharma produced Bulbbul is one such story!

Set in 1881 during  Bengal Presidency, Bulbbul is a Netflix original Hindi-language supernatural film revolving around Bulbbul’s journey from child marriage to an authoritative thakurain of the haveli. Bulbbul (5-year-old girl) gets married to Indranil (Rahul Bose) who is at least 20 years older than her. Indranil has a mentally challenged twin brother Mahendra (also played by Rahul Bose) who is married to Binodini (Paoli Dam). Bulbbul is very close to Indranil’s youngest brother Satya who is the same age as Bulbbul. The story begins when Satya (Avinash Tiwary) who returns from London after five years of studying law and notices a transformation in Bulbbul (Tripti Dimri) from being an introverted person to a more self-assured woman in charge of things. Paoli Dam reveals to Satya that Mahendra is killed by a village witch. Within a short period of time, many more male villagers are killed in suspicious circumstances convincing everyone that it is the same witch committing the murders.

Tripti Dimri’s character portrayal of Bulbbul is magic on screen. In the early part of the film, you see Dimri as a shy and subdued person. She avoids confrontation by always having a smile on her face to please people. As the film progresses, you see Dimri transform into a confident person who isn’t afraid to speak her mind and even bosses Satya around playfully. In many scenes we observe Dimri answering a question with just her expressions and it is flawless. Paoli Dam’s acting is equally powerful as Tripti Dimri. Binodini’s fate was sealed the moment she married the mentally challenged brother Mahendra as it means she would always be second-in-line to Bulbbul despite being older. Her helplessness can be seen in many scenes. On one hand, Binodini tries to be a sweet-talking conniving character saying things that raise doubt in other’s minds, but on the other, we witness a softer side when she is seen accepting that women are the collateral damage of a patriarchal society and there is nothing she can do about it. Another supporting cast I need to mention is Dr. Sudip played by Parambrata Chattopadhyay who is Bulbbul’s confidante and well-wisher. Dr. Sudip is a confident man who is sure of himself and has his loyalty towards Bulbbul.

There are a few aspects of this film that I want to question, especially the execution of the film. Firstly, what is the relevance of setting the film in 1881? Apart from the opening title that says ‘1881 Bengal Presidency’ and one dialogue where a cop says “hamara firangi kanoon”, there is nothing about the film that ties it to that period. While the film is said to be set in Bengal, none of the characters have a Bengali accent. Not even Rahul Bose who has given a stellar performance as a Bengali character in The Japanese Wife. Lastly, I am on the fence about the use of crimson/red hue tint to show the blood moon. Instead of the usual sepia tone or black and white tone, it is nice to see a different shade but I am not sure if it was slightly overdone.

Speaking of the crimson/red hue, I loved the symbology in this film. The use of the color has many implications. It stands for sindoor, Kaali Maa, Bengal festivity, fertility but also blood. Also, the numerous references to Bengali literature throughout the film are intelligent. One of many such examples is the character names Binodini & Mahendra from Rabindranath Tagore’s Chokher Bali.  Another symbology I loved was that the actual horror lies not in the film but in the underlying patriarchal practices that have left many women traumatized. This is why although the story could have been shown in any genre, the director deserves credit for choosing a genre that represents the story of ancient patriarchal practices exactly how they were – horrific! 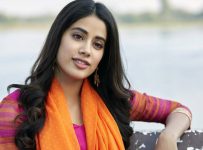 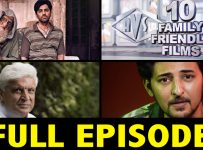 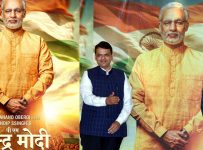 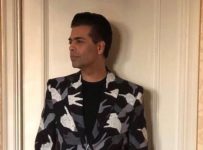