Cinelicious Pics is thrilled to announce that Anurag Kashyap’s Indian crime masterpiece GANGS OF WASSEYPUR will be released at AMC Theaters in January of 2015 in select cities nationwide. The epic crime drama, presented by Adi Shankar (producer of A WALK AMONG THE TOMBSTONES, DREDD and THE GREY), will be released in two parts, in back-to-back one-week runs, at AMC Theaters in major markets throughout the country beginning January.

“GANGS OF WASSEYPUR is both an amazing crime saga and a game-changing movie for the way American audiences see modern Indian cinema,” says Dennis Bartok, EVP of Acquisitions & Distribution for Cinelicious Pics. “This is a film that ranks with masters like Scorsese, Leone and Tarantino in terms of epic, explosive cinema.  We’re incredibly excited to be partnering with AMC to release this across the U.S. both to Hindi-speaking diaspora audiences and non-diaspora film lovers.”

“Gangs is such an important and monumental movie for my people – it marks our emergence as an international cinematic powerhouse,” says Adi Shankar.  “America has The Godfather, Korea has Oldboy, Japan has Battles Without Honor & Humanity, Hong Kong has Infernal Affairs, Brazil has City of God, and now finally India has Gangs of Wasseypur.”

From Guneet Monga, the producer of THE LUNCHBOX, GANGS OF WASSEYPUR is director/writer/producer Anurag Kashyap’s ambitious and extraordinary blood-and-bullets fueled crime saga that charts seventy years in the lives – and spectacular deaths – of two mafia-like families fighting for control of the coal-mining town of Wasseypur, India. Inspired by the real-life exploits of local gangs and beginning with the bandit-like career of Shahid Khan (Jaideep Ahlawat) in the 1940s, the film follows the ruthless rise of his son Sardar (a brilliant Manoj Bajpayee) and his offspring, the surreally-named Danish, Perpendicular and Definitive Khans and their numerous wives and girlfriends. GANGS OF WASSEYPUR mirrors the tumultuous and explosive growth of modern India with ferocious cinematic intensity. As with Al Pacino’s Michael Corleone in THE GODFATHER, it’s the least likely of Sardar’s children – the perpetually stoned Faizal (Nawazuddin Siddiqui) – who rises to the top ranks of the Khan crime family, vowing brutal revenge on their longtime nemesis, the wily and seemingly unstoppable Ramadhir Singh (Tigmanshu Dhulia).

Composer Sneha Khanwalkar’s stunning soundtrack ranks with legends like R.D. Burman, but don’t expect Bollywood-style dance numbers:  this is a movie that up-ends every expectation of what great Indian cinema should look (and sound) like.

Anurag Kashyap is known for his prolific and award-winning career in cinema, both as a screenwriter for film and television and a director. Among his noted directing credits are UGLY, which screened at Director’s Fortnight at Cannes 2013 where he also received the Knight of the Order of Arts and Letters, and the highly anticipated neo noir drama BOMBAY VELVET set for worldwide release this November via 20th Century Fox.

The director says that he always wanted to make a film about the parts of India previously unexplored in cinema. When the writer Zeishan Quadri told Kashyap about the industrial town Wasseypur, he was shocked to learn how local families became powerful organized crime syndicates over a period of decades. “More than what the mafia did, I became obsessed with why they did it,” he explains. “These family grudges continued for years, often-times with the younger generation not knowing why. I am thrilled that the film continues to find new audiences now in the US, and I look forward to audience reactions to it.” 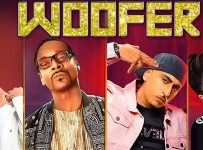 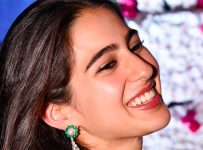 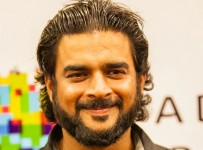 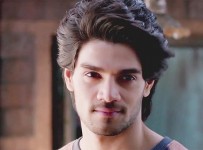