Eros International Media Ltd (Eros International), a leading global film company in the Indian film entertainment industry has announced its grand line up for 2016. The company will release an unparalleled 65 plus films across multiple languages again this year, making it the biggest slateby any Indian studio.*A list of key films with tentative release dates is attached with this release.
Following 2015’s critically acclaimed and commercial successes like NH10, Badlapur, Tanu Weds Manu Returns and the top grosser of the year, Bajrangi Bhaijaan along with Telugu and Bengali super hits Srimanthudu and Bela Seshe respectively, Eros is all set to announce another impressive pipeline of releases. The company ended a highly successful year with the maximum hits by a studio with the release of one of its most ambitious projects, Sanjay Leela Bhansali’sBajirao Mastanithat opened in cinemas globally to fabulous reviews and collections. The film still continues to run successfully in cinemas worldwide and Eros plans to release it in China and many other international markets in 2016.Erosremains the box office market leader with 3 out of the top 5 grossing Bollywood films in 2015, namely Bajrangi Bhaijaan, Bajirao Mastani and Tanu Weds Manu Returns. The companyhas taken the film awards season by storm bagging a total of 46 awards so far for their films at the prestigious Stardust, Sony Guild, Screen and Filmfare awards with appreciation and awards continuing to pour in.

The company declared its film slate of 2016 comprising a repertoire of high-profile and content led films in Hindi and other regional languages including Marathi, Bengali, Tamil, Telugu, Malayalam and Punjabi.

Post the phenomenal success of Tanu Weds Manu Returns  and previously  Raanjhanaa, Eros continues its association with talented producer-director,  Aanand L Rai and their joint production company Colour Yellow Production to produce and release a slate of projects – Nil Battey Sannata that has received outstanding response at various festivals including the 20th Busan International Film Festival, 59th BFI London Film Festival with Swara Bhaskar wining the Best Actress at the Silk Road Film Festival of China, Happy Bhaag Jayegi, a comedy that will present the first-time pair of Abhay Deol and Diana Penty and Manmarziyan, a romantic drama, which will once again bring together the successful pairing of Bhumi Pednekar and Ayushmann Khurrana. Aanand Rai is also currently working on his own directorial film which will go into production this summer. Watch this space for more details on that film!

Diwali 2016 will see the release of Ajay Devgn’s high-octane action drama, Shivaay.After the back-to-back glorious successes of Goliyon Ki Rasleela Ram-Leela and the latest epic blockbuster Bajirao Mastani, Eros and Bhansali Productions will take their association forward with more co-productions, details of which will be announced soon. Also scheduled to go on floor this year will be Eros and Phantom’s socio-drama superhero film Bhavesh Joshi starring Harshvardhan Kapoor to be directed by Vikramaditya Motwane.

Commenting on the company’s line-up, Sunil Lulla, Managing Director, Eros International Media Ltd said, “We have seen an excellent 2015 with the resounding success of Tanu Weds Manu Returns, peaking with the multiple-record breaking Bajrangi Bhaijaan and ending the year with our crowning glory Bajirao Mastani. We are at a very exciting phase in Eros and have an equally promising slate coming up next year that will reinforce and further strengthen our leadership position in the Indian Media and Entertainment industry. As a strategy, we will continue to diversify our presence across difference film genres, budgets and languages with a mix of popular and content driven cinema. In a few weeks, we will showcase to the world the first set of films under our Trinity franchise banner.Also scheduled to go on floor this year are some exciting directorial ventures by Sanjay Leela Bhansali, Kabir Khan, Aanand L Rai, Homi Ajadania, Sujoy Ghosh, Nishikant Kamat and Siddharth Anand.We hope and believe that 2016 will be just as magical as 2015 has been”. 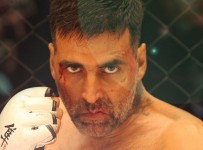 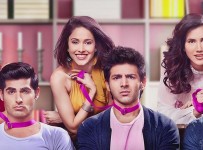 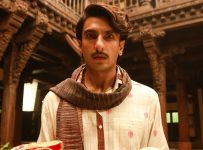 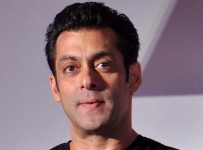