10 Tehsildaar’s across various districts in Maharashtra are kidnapped overnight, only for 9 of them to be returned without any recollection of their kidnapping. 1 is found hung in the marketplace along with the files of his corrupt activities, by an unknown entity known as Gabbar.

Targeting corrupt government officials and publicly hanging them along with the proof of their corrupt deeds seems to be the mantra of this entity. The cops are shown at their wits end against this calculated strategy. The ignorance compounded by the arrogance of the police leads to more such incidents and one constable taking matters into his own hands to apprehend Gabbar, eventually being supported by a CBI officer posted to handle the case.

The plot and its original are excellent. But somewhere now, feels jaded at places. When the concept must have been envisaged by the makers at that time the anti corruption movement was gaining momentum in Delhi and its impact was being felt across in a glimmer of hope in the country. Ironically now those same crusaders are in, a twisted tale of fate, becoming the victims of their own spoils and the cause seems to have died down due to over exposure.

Salman’s Jai Ho and some other flicks in the past couple of years have also tried their hands in bringing down corruption at the hands of the aam aadmi. So somewhere the novelty isn’t there.

As a film, the movie lacks punch, I have to agree. Right from the beginning the story arc moves in a linear fashion, showcasing one corrupt angle to another and Gabbar’s treatment of the same, subtly showing his love interest without wasting time on a parallel love angle. But all just doesn’t add up together.

You don’t relate to any of the characters on screen barring Akshay’s Gabbar and Sunil Grover’s wronged constable Sadhu. Still, instead of showing the true Gabbar right from the first shot, it might have helped if they had kept his identity secret for some time and then divulged it. It might have given the film a ‘high’ moment. Instead, the film goes on without engaging the viewer and you land up watching the incidents dispassionately.

Shruti does a decent job of whatever has been offered to her. Chitrangada is a misfit in an atrociously choreographed item number. She also looks bad, which is sad. Kareena in her cameo on the other hand, looks like a million bucks.

Suman Talwar is a refreshing change as the villain, but does remind you of his role in Sivaji, which is sort of a bummer. His ‘I am a brand’ rhetoric somehow seems forced.

Jaideep Ahlawat, does a great job as the special investigating officer, who investigates nothing. His entire actions are based on the findings of Sunil Grover, who is brilliant.

It is commendable on Akshay’s part to do such roles, rather than the Entertainments and Boss types. He has an earnest look throughout and does manage to not get preachy. But somehow the film’s scripting fails him.

Since there is not much to do on this long weekend, a one time watch to pass time might not be such a bad idea, but if you do have something better, then you can skip it. 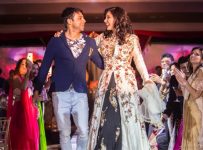 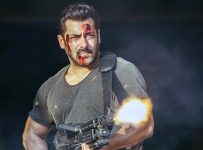 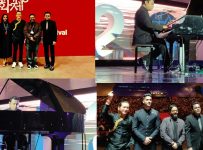 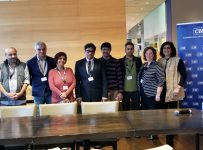