I wouldn’t even say this story is half-baked. It’s more like biting into a cupcake and getting a mouthful of raw batter. Looks like director Imtiaz Ali had no idea where this film would go, so he just shot it one day at a time completely directionless (with his fingers crossed).

This film is so problematic I don’t even know where to begin. Shah Rukh Khan as Harry was disappointing. Despite having aged not-so-gracefully, SRK still believes he can act like a 25 year old. But honestly, he just didn’t do it for me. I don’t mind him as an actor. In his recent films ‘Fan’ & even ‘Raees’, he delivered very mature performances. But this time around, I thought he looked pathetic in what seemed like a drawn out, awkward mid-life crisis. ‘Jab Tak Hai Jaan’ should have been where he retired his lover boy image. It’s just not working for him anymore.

Sejal (Anushka Sharma) is just as bad, if not worse. Her character was a ditsy, over the top, floozy. And that accent killed me! She’s engaged but is prancing around Europe with her tour guide (SRK) who she barely knows. That’s not normal. Neither is the comfort level she has with him right off the bat. Up until the last 5 minutes of the film, I literally had ZERO idea what this girl wanted. One day she wants to find her engagement ring and go home to her fiancé. The next day she’s throwing herself on SRK and pretending to be his girlfriend. Are they playing house? What gives?

In the beginning of the film, Harry warns Sejal that he’s basically a cheap horn dog who’s constantly checking out girls. For this reason, he tries to convince her that he’s not the right tour guide for her. But she’s adamant that he helps her find her lost ring and thus begins their coerced friendship. They stay in the same room, sleep in the same bed and yet aren’t having sex? Doesn’t that totally contradict the character Imtiaz etched out for his leading man?

I can’t tell if SRK is actually a pervert or a 50 year old virgin. The club scene where he fingers that girl’s belly button made me nauseous. It looked as cheap as it sounds. The second club scene where Anushka was harassed & SRK saves the day was also unnecessary. Please stop with the damsel in distress crap. This is 2017! Have some self respect Anushka! Grown women shouldn’t put themselves in such ridiculous situations where men are misbehaving with them at nightclubs and they have to be rescued.

Forced songs! Oh man, there were so many of them. I once watched Imtiaz Ali on Koffee With Karan. He spoke about how he hates putting songs in his films but it’s a necessary evil. You could tell these songs were plugged in just to sell the film. The first song, Radha, literally came out of nowhere. And Beech Beech Mein was even more random. Why is there an unheard of, Hindi song playing at a karaoke club in Europe? SRK & Anushka were literally the only two brown people there.

This movie made little sense. Apart from some decent songs and beautiful scenery, there wasn’t much of a story. I kept thinking to myself, ‘the amount of money she spent touring Europe to find this missing ring, and staying at 5 star hotels, she could have easily purchased another ring’.

‘Jab Harry Met Sejal’ was just an expensive excuse for the cast & crew to holiday in Europe and shoot at scenic locales. There was no real story and the two lead characters lacked the one thing that’s so important for this genre of film, chemistry! This could have been made into a 20 minute short film, if anything. Hate to say it, but the talent used in this film was wasted on a mediocre product. 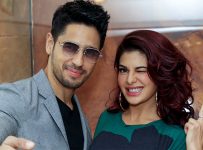 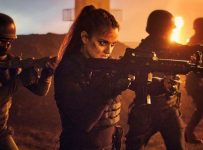 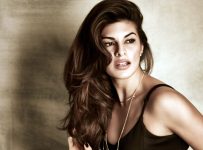