All my life, I thought success is all I need. But when it came, it was like a slap on my face. It felt like nothing. From the perspective of a common man, Kangana Ranaut is a success story, a woman who fought all adversities and made it big on her own without any support. And while Kangana proudly wears all these feathers in her cap, she seeks a lot more than just commercial success, and had been in pursuit to find her real self. The actress recently attended an 8 day spiritual sojourn, which included complete silence and lack of communication, and the Director/actress returned finding herself closer to the real purpose of existence.

In a conversation on spirituality and her true calling, she revealed, “People assume that I came to Mumbai to become a movie star — I’ve never said that.  I left home because I was missing something in my life and I wanted to find out that missing part of me. In the process, one thing led to another and I found myself doing a shoot, some modelling, and eventually landing a movie. I thought success is all I need. It’s around that time that I discovered Swami Vivekananda’s teachings. I dived into it head-on. He is all about being very systematic and methodical; he makes you a doer. He came to me at a turning point in my life. I did my sadhana, I focused on my yoga and I became this career-obsessed person. It took me eight years, and I finally tasted the success that I wanted. But when success came, it was like a slap on my face. It felt like nothing. That’s when things got really bad for me. So bad that I felt like I’m shrinking. It was unbearable.”

Explaining the dilemma of having everything she could have possible wanted but still feeling empty, she said,” Everything was going as I wanted — I won the National Award; I was dating my childhood crush. Yet, the emptiness I felt in me, I had to live with that forever. Every achievement or every big turn my life took left me feeling this isn’t it; this is not enough. I was always seeking something more. I knew it wasn’t the money really. But then what was this ‘more’ that I wanted? I didn’t know.”

And at that conjecture in her life, she reveals, she met her Guru. “Finding my guru, Sadhguru, was a critical turning point in my life. He seemed to be giving words to my feelings. But how can I ever hold this big cosmos in my small arms? ‘To have the cosmos, you just have to be the cosmos…’ I learnt. And funny as it sounds, today I feel that yes, I am the cosmos. It may be a vast universe out there, but I am also a part of that universe. That’s what I learnt from my guru. Now finally, I feel that missing part has been instilled back in me. I would go as far as saying that my journey was not from Manali to Mumbai, but from Manali to a living guru; and thereby, to myself.” 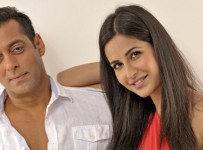 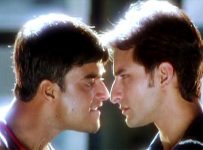 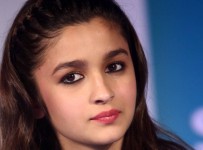 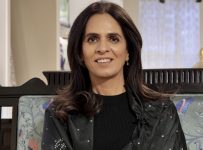