Akshay Kumar has had audiences rolling in the aisles laughing with his latest hit comedy HOUSEFULL 4 which has quickly become one of the highest-grossing films ever for the actor in both India and North America after just one week in theaters. The popular star sat down to talk about his latest project in this special interview.

A: I know you wouldn’t believe me, but I believe that luck has an important influence to play. There is no substitute for hard work but luck does contribute to seventy percent of your success.

Q. How was your experience working with the cast of the film?

A: I don’t remember how many films Riteish and I have worked together in. He is more than a co-actor; a very close friend and we often sit together and share our highs and lows. The same is true for Bobby Deol, this is our fifth film together. And these pretty women who I am working with for the first time, have been an absolute pleasure to work with. Not to forget Chunkey Pandey aka Aakhri Pasta who is an indispensable part of the franchise, he is the pasta to our plate of sauce. He always has jokes up his sleeve to entertain us.

Q: Nowadays comedy films and the comedy genre have reduced, coming with a unique concept and playing two roles, how difficult is it for the actor?

A: Firstly, you need a big heart to make such a film and we are lucky we have the backing of Fox and Sajid Nadiadwala. Obviously, it is tough and there are a lot of hurdles that come in the way with such a large star cast as well but credit to our technicians and the whole team of the film who made the whole process very smooth. The film was completed 9 months ago but VFX took some time because it is a lengthy process, but we completed the film between 60-70 days.

Q: What are the similarities between a present-day barber and a king of a bygone area?

A: According to the film there is only one similarity I can think of – that one didn’t have hair and the other one was cutting other people’s hair and making them go bald. But it is very confusing, I myself got confused while reading the script and while hearing the screenplay. But when I saw the film everything was clear to me. It is going to be a one-of-a-kind film where reincarnation will be seen in comedy.

Q: You have cemented your place as an actor taking up social causes in movies such as Padman, Toilet – Ek Prem Katha. Housefull on the other hand is an out and out entertainer, what made you get back to this genre?

A: I enjoy this genre, I wanted to do a role without any stress and pressures and be completely open and lose all the respect I’ve earned with my previous few films (laughs). But on a serious note, I want to tell everyone that slapstick comedy isn’t usually valued in India but it’s one of the most difficult genres to play on screen. No matter how good your punchline is, if your comic timing is off, the audiences won’t like it. 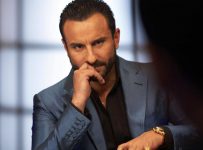 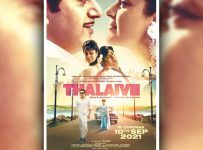 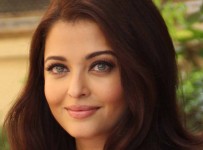 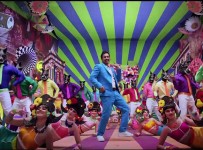