Quaidi No 210, producer Ranjeet Sharma’s film that takes its inspiration from the Salman Khan chinkara case,  was launched today with the Muhurat and shoot at Filmistan in the jail sets.  210 was the number allocated to Salman Khan when he was lodged in the Jodhpur prison.

The film will be directed by editor turned director Prakash Jha, and stars newcomer Usmaan Khan in the lead role. The film also has the same cellmate of Salman, Mahesh Saini. Interestingly, the same Jodhpur jail and the same cell as well as the same gypsy and driver Harish Dhulani used by Salman are part of the film as well. Raj Jhangid essays the role of a jailor in the film.

Says producer Ranjeet Sharma, “We are looking at authentic locations, authentic people to be part of the film that will be shot in Mumbai and Jodhpur. Our research and coordination is through Jodhpur resident Sharvan Singh Chouhan. “ Ranjeet Sharma avers that neither Salman nor anyone else will have objection to the film as it is not intended to hurt anyone’s sentiments. “I have always had this strange fascination for Salman Khan. He is simple, unassuming and does things from his heart. The film touches upon a part of his life that only a few were privy to. And those who were part of Salman’s life during this period are part of our film.” To ensure Salman’s feelings are not hurt, there is a tag line above the film name – “Bhai shaitan nahi bhagwan hai”.

Says Usmaan Khan, “this is a great opportunity but it brings with it a lot of responsibility. To me, this is like actor who was walking with a map of Bollywood and suddenly finds himself as the owner of a huge treasure.”

“I am not a film buff but I was touched by Salman’s simplicity,” says Mahesh Saini, adding that he is very happy to be able to turns actor due to Salman Khan!

The makers have not sought Salman’s permission for the film as they feel every film draws its inspiration from reality and so does this one. “The film begins with Mumbai and ends in Jodhpur. Sometimes, being human is a crime if you are celebrity. Anything you do touches headlines. We are touching upon that Salman who believes in being human,” says director Prakash Jha. The ending also is open-ended and will take direction from the way Salman’s case progresses. 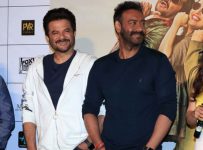 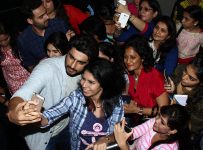 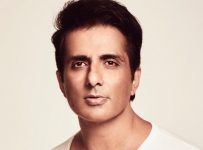 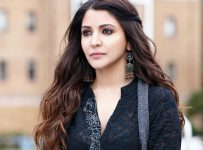