Hansal Mehta and Rajkummar Rao are back with their 3rd collaboration and this time they have teamed up with Mehta’s old compatriot, Manoj Bajpayee. Come Out….

Shamed by a sting operation, suspended Professor and Chairman of the Minorities Language Faculty, Prof. S. Siras, becomes a story of interest to a new probationary reporter, handling The Wire in a newspaper in Delhi.

Screenplay by Apurva Asrani, also the writer, varies from interesting to vague. Yes the team has presented a very sensitive topic in a delicate manner, but at times so delicate that it feels over indulgent. The same goes with the editing. Long drawn out close ups of Siras listening to an entire Lata song for example.

The trio of Mehta, Bajpayee and Rao undoubtedly manage to present a film about anguish, shame, suffering and partial redemption. The background of the events taking place in the University which was the cradle of the freedom of speech, free thinking presents the stark reality of the how times have changed. The film scores in its subtlety. For example the preconceived biases that people have, irrespective whether perpetrator or victim, is brilliantly shown during the lunch scene, where Siras, a victim of people’s attitude towards homosexuals, doesn’t have the dal, since Dipu has touched the utensil and he just had non veg. why? Because Siras is a Brahmin.

Ashish Vidyarthi, as the hot shot lawyer from Delhi, is terrific in his cameo.

Rao, taking a back seat this time, shows his talent in the small things. The south Indian exclamations and accent et all. Mehta again shows that he was wasting time a decade ago with films like DilPe Mat le Yaar (Bajpayee again), Woodstock Villa and DusKahaniyan. Chhal, an adaption of Donnie Brasco being the only exception. He is not apologetic about showing things the way they are in ground reality. He doesn’t make the film gross but doesn’t shy away from showing the intimate moments between Siras and his lover in a delicate manner. My only issue was, that one doesn’t feel emotionally invested with the characters. Either you should like them or hate them, depends on where you stand morally on this topic. But somewhere I felt, that Siras’ character was too depressed as it is, so this scandal only added to it. well, that’s my take. Not to take away the fact that it is a brilliant effort.

Bajpayee, shows, yet again, what the industry has been missing. Such a talented actor, yet hardly seen. He shows the true meaning of performance. And it is throughout. His shame, anger, coy embarrassment at the gay party. He has delivered a performance of a life time. The only thing is, people should go and see it. 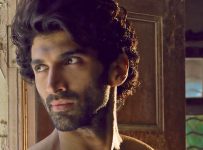 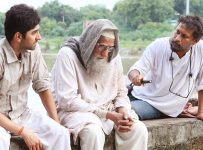 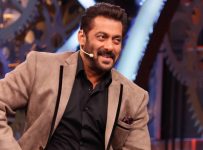 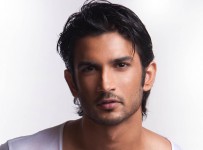