In parts inspired by Nicolas Barreau’s The Ingredients of Love, the film is a simple love story on the surface of a small town girl, falling in love with the idea of romance, seeking that thrill which would make her existence, life. But it is more a love story between a father and daughter. A mithaiwala, who even whilst being uneducated and from a small town is far more liberal than the society around him, to make his daughter ‘give in’ to any patriarchal diktats.

The beauty of the film is in its smart writing. Credited to Nitesh Tiwary (Dangal), Shreyas Jain and Rajat Nonia, the film is filled with wisecracks galore, but not one which make you leave your brains behind, but ones which will make you revisit the repartee once again so that you could laugh at the silliness of the situation and the smartness of the writing.

What Ashwini does best is that armed with this material, she has got herself a team of 7 actors, around whom she has based her entire gamut. So whilst we have a Rohit Chaudhary playing the loyal sidekick Munna and Swati Semwal as the best friend Rama, both are a delight to watch with their wisecracks and gawk-eyed expressions; we have Pankaj Tripathi and Seema Pahwa as Bitti’s parents, who simply will leave you falling in the aisles and then we have the trio of the expressive Kriti Sanon, energetic Ayushmann and the effervescent Rajkummar Rao, who make you want to see the film again.

I’m not getting into story plots here, cos that’s the job of the trailers.

The credit for the success of this film goes to Ashwini the director, undoubtedly. Managing off the small town daily lives, for example whilst Bitti reaches the station at 0135 and the announcement happens for a 2 hour delay, the train she boards is leaving at 0335, the characterizations of Bitti in her leggings/ jeans under her dress shirts/ skirts, her borrowing of a smoke from the neighbor for her father ‘papa ko urgent hai’; Ayushmann’s pure Hindi deliverance or his terrace sleepover which shows the candle, the coal stove and the mosquito repellent, after a nights drinking; brilliance. The way she has used her cast of 7 is the icing on the cake for this well written script.

Laced with lovely songs and a snazzy voice over by Javed Akhtar, who adds further spice to this sweet story.

Seema Pahwa is simply brilliant as the moral science teacher trying to make sense of her husband n  daughter combo, which she cant fathom.

Pankaj Tripathi is first rate as the doting father, who only has his slow moving, creaky ceiling fan as his sounding board. I have always loved this actor and here again he shines and how.

Kriti, finally gets a movie where she gets to act, lets not talk Dilwale and Raabta, and she does a very good job. She looks the part and emotes well too as the girl wanting to only be accepted for who she is, with all her quirks and vices.

Ayushmann is again doing a role which was meant for him, something he hasn’t done after Vicky Donor and Nautanki Saala. He is so comfortable in his skin as the manipulative lover, wanting to win his love at any cost. The way he has again managed to capture the nuances of his Chirag Dubey, be it the kulfi slurps or his pure local wisecracks. He builds up the scene for his fellow actors to take over and does it subtly.

Rajkummar Rao, is the star of the film. There is already a certain amount of madness going on in the film between the 6 characters, then you have Rao placed on top of them who takes the craziness to its crescendo. The National Award Winner eats every scene up, just like the barfi being offered in the Tripathi’s sweetshop. Couple of his scenes will leave you outrightly flat on the floor, not because they are funny, but because he does them with such elan.

This is undoubtedly one of, or rather the best movie of 2017 till date. It is movies like this, which is the future of Hindi cinema, not some vague harrys meeting whatevers or big production houses produced rubbish with the same lot of their favorite stars. These are the movies which need to be seen to enjoy what Hindi cinema and India is all about. These are the movies that need to be sent for India’s entry into Oscars. 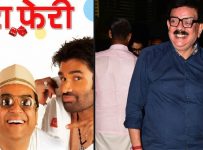 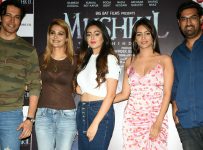 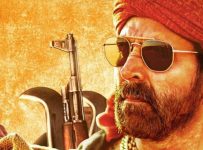