Fashion designer Manish Malhotra brought his A-game on for the Aditya Chopra directorial, Dilwale Dulhania Le Jayenge and wowed India and Indians with costumes and styling that has made DDLJ one of the most fashionable films of all time. Tomorrow, Shah Rukh Khan and Kajol starrer Dilwale Dulhania Le Jayenge (lovingly also called DDLJ) will complete 25 years. On this occasion, Manish opened up about his vision with DDLJ that made costume design an integral part of every film’s creative roadmap going forward.

DDLJ’s looks are considered iconic. They are a part of Indian pop culture history. What was the inspiration behind that?

For a film, the most important part is the script. It’s the narrative and the vision of the director. There was something so refreshing about the film & their characters, it was such a golden opportunity to do something which was new. I was always determined when I come into films, I would want to do something that stands out and give all characters a look that will stay on. DDLJ was a script when Adi narrated it, we went crazy about it. Being a huge fan of Yash Raj and Yash Chopra ji, for me it was almost like a dream come true.  Adi was very clear that he wanted Kajol to be very real but yet there is a clever quotient to her and that synergy I think came across very, very strongly in DDLJ’s costumes where they were relatable but yet there was something new and special about them. I think that’s what stayed on with the characters in Indian cinema. It was real but yet had a certain dreamy, certain aspirational and certain style element about them and that worked.

Tell us about your creative collaboration with Aditya Chopra who was directing his first film with DDLJ.

We went on to doing so many films together, whether it was DDLJ or Mohabbatein, Dil To Pagal Hai, Veer-Zaara, Jab Tak Hai Jaan. Aditya Chopra is a brilliant director, a true visionary. A person with a very clear mindset and a very clear understanding of Indian cinema and what he wants to represent. He is one of my most favourite directors and the quality that Adi has is that he has got great conviction and convincing power. I think it’s the clarity of the kind of genre, the kind of characters, look, acting, what the characters are made out of, what are they speaking, how they are saying, how are they looking at life, what do they have to say – there are so many things that he had to put into those characters in DDLJ and he did it brilliantly. I think our association went on for years because he kind of understood that I have a similar passion for movies and I would work hard to give the characters that perfect blend of glamour and reality that he liked.

DDLJ gave India an on-screen couple of SRK and Kajol to fall in love with. What did you love about their characters in their film?

I think their characters were beautifully written. They were very young, they were very fresh, they were very new for the fact that he wanted Kajol to wear glasses, he wanted her going on Euro rail, how a conservative father allows her to do that, for Shah Rukh – actually traveling back to India to get the girl, so there were so many high moments in the film, moments that youth connected with. I think Aditya has great understanding of the medium of filmmaking as well as what the audience wants and it was extremely fun working on this film. Pam aunty also would be discussing clothes with us, Yashji would be so excited about the clothes and there would be so much food after every discussion.

Written and directed by debutant Aditya Chopra, DDLJ shattered all box office records and is one of the biggest all-time blockbusters in the history of Hindi cinema. It also went on to become the longest-running Hindi film of all time! DDLJ is also the winner of a record-breaking (at the time) 10 Filmfare Awards and the film literally changed the face of Bollywood globally. 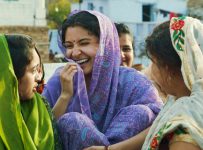 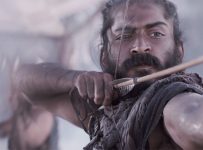 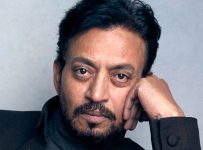 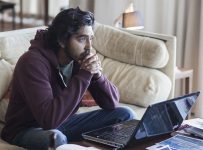