As a movie buff, writing movie reviews began as a hobby but turned into my weekend highlight. I diligently plan and set aside time for it. This weekend I decided to review Sadak-2 and for context and continuity decided to watch Sadak before watching the sequel. I am glad I did because I was able to understand Einstein’s theory of relativity! While watching Sadak was a pleasant time-traveling nostalgic experience, watching Sadak-2 made time come to a screeching halt. WHAT WAS THIS MOVIE ALL ABOUT?!

Sadak-2 is a directorial return for Mahesh Bhatt, who is back from a hiatus after 20-odd years. This film picks up where its prequel left off. Ravi Verma (Sanjay Dutt) is distraught after the death of his wife Pooja Verma (Pooja Bhatt). Ravi finds a chance to redeem himself when he decides to help Aarya Desai (Alia Bhatt) avenge the death of her mother, who was killed in an elaborate plan made by her family and a fake-guru’.What follows next is torturous storytelling with absolute mind-numbing rationale.

I cannot fathom how this film passed through its developmental stage. The logical gap stares you in the face right from the first scene itself. To make a statement against the fake-guru, Alia spray paints ‘Badla’ on a poster only to burn it the next moment. Logically, why would you write the word ‘Badla,’ and who will see it if it is burnt the very next moment? If that wasn’t enough, we see Aditya Roy Kapur released from the prison with a guitar case and an owl in a birdcage (reminder to self – this isn’t Harry Potter). I have always wondered why do Bollywood heroes not die after being stabbed eight times and shot two times?!

While it became tough to find logic in the film’s story. A few performances do deserve notable mentions  – Sanjay Dutt brings a great sense of nostalgia with his sincere performance. It was great to see Gulshan Grover back in action, albeit for short screen-time. Although devoid of any dialogues, I want to give a shoutout to Chrisann Pereira for her impactful performance in the supporting role. Last but not least, the film had melodious tracks, especially Ankit Tiwari‘s song ‘Tumse Hi’ deserves a special mention.

As mentioned previously, it pains me to point out those aspects of a film that went wrong as I understand how tough it is to put a film together. However, I sincerely hope that storytellers would put a premium on their work before releasing a movie and respect the audience’s time and emotional vestiture. In lieu of people boycotting the film due to nepotism, I don’t think we need any other reason to boycott this film apart from its mediocre storytelling. 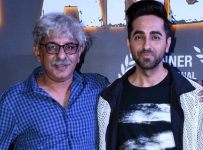 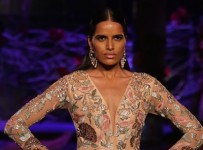 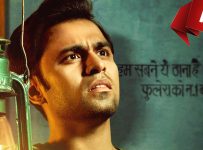 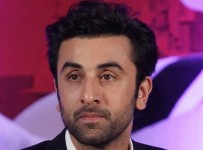