Bollywood actor Varun Dhawan is ready for a red-carpet entry to Madame Tussauds Hong Kong. Visitors can get up close with the Bollywood superstar in 2018 at the famed attraction at The Peak.

Varun Dhawan made his acting debut in the 2012 romantic comedy Student of the Year and received nomination of Best Male Debut on The Filmfare Awards. Starring in Humpty Sharma Ki Dulhania and ABCD 2, he began to create and garner more attention. In 2015, Varun won his first IIFA (International Indian Film Academy) Awards for Best Performance in a Comic Role for his performance as Seenuin Main Tera Hero and has been nominated for Best Actor for his role in Badlapur in 2016. Recently, VarunDhawan was invited by Indian Prime Minister Narendra Modi to be part of Swachh Bharat Mission, a campaign by the Indian Government on urban sanitation, andon promotion tour for his latest movie, Judwaa 2. Varun’s figure will be the world-first figure in Madame Tussauds history.

“It was a great experience to work with Madame Tussauds. I am so excited to get my wax figure in Hong Kong!” commented Varun.A group of skilled Madame Tussaudssculpting team specially travelled to Mumbai to meet Varun and conduct a detailed sitting process. More than 200 measurements were taken, the team also matched the hair and eye colour of the actor. Varun also worked closely with the team and kept sharing his ideas on the pose of the figure.

Jenny You, General Manager of Madame Tussauds Hong Kong said, “VarunDhawan is one of the most requested figures and we are delighted to be partnering with this Bollywood great actor. Hong Kong is a multicultural metropolis which makes us a unique brand. Visitors can meet both Hollywood, Asian and also Bollywood stars here at Madame Tussauds Hong Kong. The worldwide popularity of Bollywood films makes people in Hong Kong increasingly embraces Bollywood culture. Besides, India is the fourth largest ethnic group in Hong Kong. We are confident that Varun’s figure will bring visitors an all-new experience.”

VarunDhawan will be the 4th Indian figure to join Madame Tussauds Hong Kong with Mahatma Gandhi, Narendra Modi and Amitabh Bachchan, currently on display. Varun will unveil his figure in Hong Kong early next year. 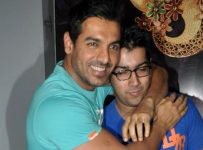 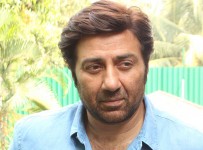 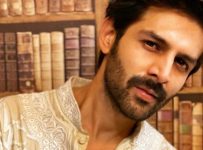